Samuel L Jackson reprising his role as Nick Fury in Agents of Shield proves how Disney and Marvel can make the impossible possible. 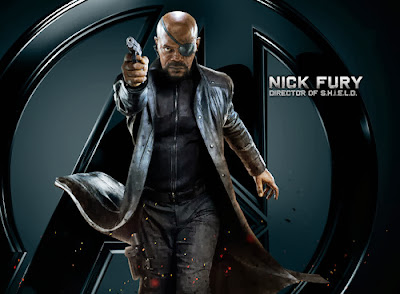 The cameo of Samuel L. Jackson reprising his role as Nick Fury in last night's Agents of Shield just proves how Disney and Marvel can make the impossible possible.

When I make this statement, I'm talking about continuity. The ability to pull together an actual superhero universe and not have to go looking for new actors and actresses every time they need to cast a character. As one caveat, I would never have thought what they did to bring the Avengers to life could have been done. I mean...come on. Make an Iron Man movie, a Captain America movie, a Thor movie, and then intertwine them with the stars from each to balance one huge blockbuster? That just makes me shake my head. I think it's lucky if a director can keep the same actors together for a trilogy, much less an entire universe of films spanning half a decade, different writers, and different directors. Usually something happens--a death, an actor dispute, a director quitting in rage, an artist expressing personal license--to screw that up in the years that it takes to film such a project. Harry Potter had to recast Dumbledore and Hogwarts always looked different to me (that's just one example). How many times has Batman been recast before Christopher Nolan stepped in to put a stop to the madness?

Somehow, Marvel with the bottomless pockets of Disney seems to be able to bring back the same actors and actresses with a higher chance of success than I have observed anywhere else. They even get the girlfriends right (Natalie Portman as Thor's girlfriend for the sequel, Thor: The Dark World). Not even Robert Zemeckis and Steven Spielberg could manage that feat with the Back to the Future sequels.

But is money the deciding factor here? Is the reason why we get different actors and actresses standing in for characters in sequels all related to the pocketbook? Or is Disney/Marvel just incredibly lucky? Whatever the answer may be, I like it. And I see it will be no different with Whedon's Agents of Shield and that makes me happy. If Iron Man, Captain America, or Red Skull (for example) are ever called upon, I'm going to expect Robert Downey, Chris Evans, or Hugo Weaving. If we need to see Black Widow, let's celebrate Scarlett Johansson's return to television.

Bravo Disney! Bravo Marvel! I salute you on your ability to avoid breaking my suspension of disbelief. Casting a new actor in an old role is as jarring to me as coming across blatant spelling errors and grammar errors when caught up in a story that I'm reading. The machine Disney has created with its Marvel franchise is almost perfect. Sure, there are still some improvements to be made. However, I don't honestly believe any other company or individual could handle this better.

It makes me salivate in just thinking about what's coming down the pipe for Star Wars. If the Marvel movies are any indication, they will bring continuity to the Lucas legacy in every way possible. I'm thinking the same actor for Boba Fett as in the movies for just one example. Any "lesser" company would just cast whomever they want. But not Disney. They'll do it right. Are you listening D.C.? You could learn a thing or two from their efforts. Stop recasting Batman. Pay Christian Bale whatever he wants to come back. Don't ever recast Superman. If Marvel can do it, it's not impossible, and these characters which are beloved by everyone deserve the best treatment. If you can't do it, then stop making those films. Admit that you suck and just give up on making craptastic movies.

That is all.
Posted by Michael Offutt, Phantom Reader at 7:19 AM

Email ThisBlogThis!Share to TwitterShare to FacebookShare to Pinterest
Labels: Agents of Shield, Samuel L Jackson reprising his role as Nick Fury in Agents of Shield proves how Disney and Marvel can make the impossible possible, Samuel L. Jackson