Helena Soister and The Compass Master 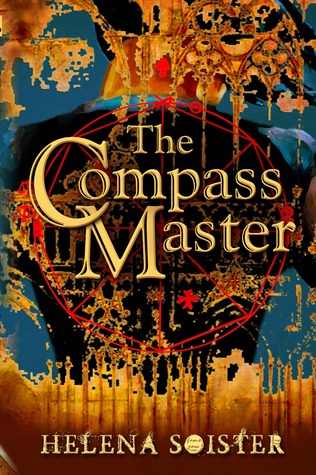 At 523 pages and some 100 chapters, The Compass Master is not a book for the people who gobble up Twilight fan-fiction like it was cotton candy. Fortunately, I'm not one of those people.

So what is The Compass Master? In short, it's a book that chronicles the discovery of extraordinary Biblical artifacts: the alleged final epistle by Paul written by the apostle himself, another by the granddaughter of a female apostle who debunks the Book of Revelation in the New Testament, and one by the monk who hid both of these.

The story is told through differing points-of-view (third person omniscient). The main one is Layla Daltry, a sexy, athletic, and incredibly smart heroine who (when teamed with Zach--an equally sexy male counterpart) is able to unravel a mystery that the Catholic church has kept secret for centuries. Another character is a nun who is in her own right a heroine with church secrets to protect. Finally, there are the bad guys, twin brother assassins in service to an American who want to stop Layla Daltry from fulfilling her quest which could create a firestorm among the academic and religious authorities of the Christian world.

So in analyzing this book, it may be best to start with the question "Who are the Compass Masters?" They were men who called their drawing compasses "diviners" because they believed in sacred mysteries which they could divine through mathematics. In other words, they attempted to explain mysteries through secret codes that they then built into actual structures.

I tend to think that the title "The Compass Master" is a nod to Zach who is essentially one of these "Compass Masters" if not actually a part of that society because he figures so much out by using math. In fact, there is throughout this novel, a theme of numbers and geometric shapes. As Helena points out in this book, it was Plato who taught that by studying geometry a person purifies the eye of the soul. "To them and other medieval intellectuals, numbers were a manifestation of divine order, a human fulfillment of the words God uttered in Genesis: 'I have made everything with number, measure, and weight."

The Compass Master is one of the most cerebral reads that I have taken on since Murukami's 1Q84. I found myself pausing often to reflect upon what the author was pointing out about our knowledge of the Book of Revelation and how it was essentially put into The Bible because the Catholic Church desired control. "Fill them with fear and tell them that your religion alone holds the key to their salvation...Have them focus on the next world while religious and political leaders control wealth and power in this one." Conspiracy theories abound in this tale. But then, you really can't have secret societies and not go into conspiracy theories. That's where all the fun is.

I give The Compass Master five stars out of five. I have read the Dan Brown novels (DaVinci Code and Angels and Demons), and I think this book could easily sit on the shelf with those other books. The amount of research that went into this novel boggles my mind. I tip my hat to Helena for weaving such an intricate pattern of mystery, thrilling history, and a courageous examination into questions not often demanded from The Bible. I hope that she's planning another Layla Daltry book so I can see how the fame she garners from the discoveries in The Compass Master affect her life. I'd also like to see if she and Zach will ever get back together. They seem meant for each other. It is sad to note that the abbey in the book is closing because they no longer have enough young nuns to keep it open. It's kind of a poignant "sign of the times" that as the world becomes more educated, the sun begins to set on the Catholic Church.

If you love historical thrillers, I strongly recommend you invest in this book.

You can purchase her book on Amazon for $3.50 on Kindle located HERE.

You can be supportive and mark her book "To Read" on Goodreads HERE.
Posted by Michael Offutt, Phantom Reader at 12:07 AM