Debut author CD Coffelt tells us about Wilder Mage and why you should buy it first thing Friday.

I've got some blogger news I want to touch on this Monday. First off, my blogging friend Carol (known as C.D. Coffelt a.k.a. Huntress who runs the blog Spirit Called is putting out her very first book.

Huntress is a fantastic writer. I've followed herfor over a year now, and this debut offering looks exceptionally exciting. I can't wait to read it. So without further ado, here is what the book is about:

Justus Aubre is a wilder: a mage unbound to the Imperium and therefore a dangerous wild card in their eyes. The Imperium wants him, wants his power, but Justus has hidden for many years and now has some semblance of a normal life. All that’s about to change when Sable Rounds walks through the door of his antique shop looking for work. Justus instantly knows what Sable is, he just doesn’t know the danger he’s in.

Alone, also on the run from the Imperium, Sable longs for a normal life. For somewhere to belong. She finds this when Justus hires her, but she knows it’s temporary and fragile, an illusion. Though she hates to think about it, she knows that one day she will have to move on.
The Imperium is always behind her, waiting. When they finally find Sable, they find Justus. And all hell’s about to break loose.

A LITTLE ABOUT THE AUTHOR:
My friend C.D. Coffelt lives outside Maryville, Missouri with a bemused husband and way too many cats. She adores all things fantasy with a special love for urban and epic. 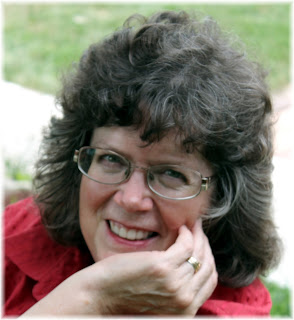 With a passion for good writing and Doritos as companions, locating Middle-Earth on a dusty road in rural Missouri wasn’t difficult. All it took was a little Magic, hours of reading, and an overactive imagination.

"Wilder Mage" is due to be released this Friday (that's the actual day of my move to my new apartment). I unfortunately will be away from the internet as I'm canceling the one to set up the other. I want to get satellite television and go cable for my internet so there's probably going to be some downtime while I wait for that to happen.

I will be away from my computer until the September edition of the Insecure Writer's Support Group. Hopefully at that time, I'll be back online. I appreciate those of you who have sent me emails querying how things are going. As any of you who have moved, you know it's stressful. I've got 70% of my apartment all packed up and the big day is Friday. I just hope I don't forget to cancel anything and get all the addresses changed. Sigh...so much to remember.
Posted by Michael Offutt, Phantom Reader at 12:03 AM 29 comments:

Email ThisBlogThis!Share to TwitterShare to FacebookShare to Pinterest
Labels: CD Coffelt, CD Coffelt tells us about Wilder Mage and why you should buy it first thing Friday, Science Fiction News, Wilder Mage

Party hard. I'll be back in September.

Lately I've been feeling a little crushed by life, so to help with that, I'm going to take a blogging break. I'll be back in September. In the meantime, I'll be visiting your blogs and commenting. I'm moving to another apartment this month and that is always very stressful. So barring any "out of this world" news that might crop up, my blog will be quiet.

Oh yeah...and I'm having a birthday, so party hard peeps!

Posted by Michael Offutt, Phantom Reader at 12:06 AM 48 comments:

Email ThisBlogThis!Share to TwitterShare to FacebookShare to Pinterest
Labels: Blogging

Dennis Rodman you are the new Jane Fonda. And that sir is not a compliment. 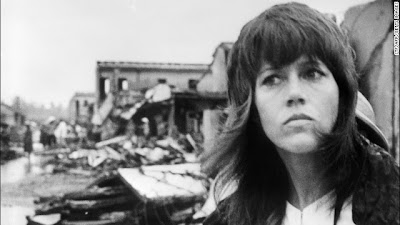 This is a rant.

For those of you who may not know, Jane Fonda toured North Vietnam in 1972. She cozied up to the enemy, posing for photo ops with communist troops, and broadcasted anti-American propoganda over Radio Hanoi.

She also participated in a staged press conference with American servicemen held captive by the Viet Cong, the purpose of which was to "prove" that the POWs were not being mistreated by their captors. Years later when the released POWs described the very real torture and degradation they suffered at the hands of the North Vietnamese, Fonda called them "hypocrites and liars."
Her behavior at the time, considered treasonous by some, earned her the nickname "Hanoi Jane." I really do think that what she did was unforgivably idiotic and that she should be reminded of that every single day. Tried for treason though...I probably wouldn't go that far. However, I digress. I thought all of that could NEVER happen again.

But then, I underestimated Dennis Rodman.

Now admittedly, we are not in a "state of war" with North Korea, so the situation isn't exactly the same now as it was then. However, I view North Korea as a totalitarian dystopian society in the grip of an all-powerful despot who is definitely "not on friendly terms" with the United States. They recently had television commercials showing our president burning in flames. Make no mistake...this isn't flattering. It's meant to insult every single one of us because our president is the elected representative of the majority of the people in this country. 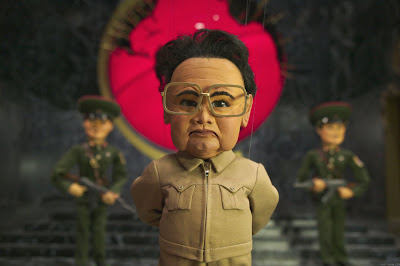 Sure, we make fun of them too. Just look at the movie "Team America." However, that's what you get when you're the one house at the end of the block that's chosen to surround itself in barbed wire and filled the rooms up with explosives so that you can threaten every other house on the block that you'll blow everything up if they don't bring free food to your door. That's what you get for being a crazy "nut bag" that no one likes.

Anyway, seeing Dennis Rodman over there in North Korea (and going again in August), calling Kim Jong Un a "friend for life", getting photo ops with him, and then inviting him to come and visit the U.S. (WTF?!?) at a time when their leader on a daily basis threatens "miserable destruction" is the most IDIOTIC THING SINCE JANE FONDA.

It really does gall me that he's going back again in August. Yes, you read that right. He's crossing the border once again to go and party it up with his bud in the palace where (I'm sure) there are lots of skinny Korean women waiting for him to have sex with in Kim's palace (some of them are probably there against their will).

Dennis Rodman you are the new Hanoi Jane. And that sir, is not a compliment. I just hope the Nobel committee has enough sense to never award Rodman the Nobel Peace Prize like he suggested in July of this year.
Posted by Michael Offutt, Phantom Reader at 12:06 AM 26 comments: 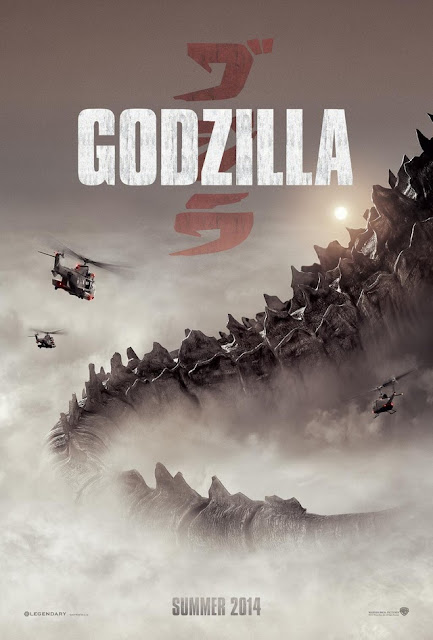 I don't know if I should even admit to this, but yes, I comment on io9 on some of the silliest topics and sometimes the conversations I get into with fellow nerds are nothing short of epic.

Ladies and gentlemen, what you see above is the tail of Godzilla as it will appear in the 2014 Hollywood reboot of the "king of all monsters." It debuted at this year's San Diego Comic Con: a celebration of nerds so huge that it holds entire industries hostage each time it starts. And of course, anything worth a nerdgasm or two is going to be hosted by this guy: Chris Hardwick. 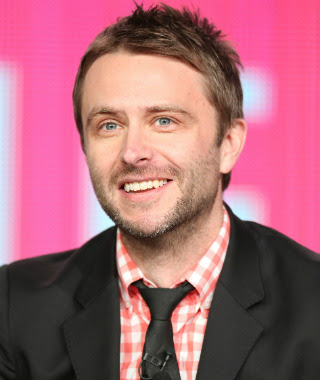 You may recognize him from the television show, The Talking Dead, or another television show, The Nerdist. Yes, it's not just you. Both of those shows have nerd/geek written all over them. Well he was at the epicenter of the Godzilla panel as well. For the record I like Chris Hardwick.

So here's what io9 has to say. Pay attention, by the way, because it relates to my oh so intelligent comment that produced the nerdiest conversation this side of the internet:


There was tons of shots of disasters and people running and human characters, and more of that in a second. But the centerpiece of the footage was a sequence where a big monster is attacking an airport, shredding airplanes and trashing buildings. It looks sort of like the Cloverfield monster with a more of a beetle-like carapace and spindly insect legs. It looks massive and powerful.

Yesterday, director Gareth Edwards told us there would be other creatures in the film — and here's our first sight of one. It looks scary and huge.

And then Godzilla's foot comes down next to the creature. Godzilla's FOOT. Which is dwarfing this poor spindly little creature.

And then there's a massive hero shot of this previously big-looking creature looming over the airport, and then Godzilla rises up behind it, and it's like a skyscraper next to a hut. Godzilla is this ginormous dark scaly beast with a gaping maw and a mighty screaming roar, and the crowd basically lost its shit. Host Chris Hardwick made a joke about people having to change their pants, and this seemed totally accurate.

Those of you that know me probably realize I'm good for a comment or two. Here's what I wrote:

And lo and behold, here are the responses:
OMG...I love nerds. My favorite answer from this batch is from Tim Smith. He took my question seriously (as should all people because anything I say is worth paying attention to), and I love how he broke down the issue of the kaiju scientifically. Not to be outdone, other nerds chimed in:
My favorite response in this batch comes from "kewlball" although I do like the "throwdown" potential initiated by commenter igndk11r when he said, "Category 7. He'd atomize a Jaeger in a single atomic breath." I should reply, "Says you! But 'Gypsy Danger' has got some serious kung fu cred with Mako at the helm, and she'd sidestep your atomic breath to give your big Godzuki a shot of liquid nitro TO THE FACE! BAM! The 'King of all Monsters' just got his ass kicked by a leftover prop from Evangelion. How do you like them apples? Boo Yah!"
As entertaining as that is, I do feel obligated to point out that I may have failed all of you by NOT asking a more important question: But...but...will Godzilla be able to fly in this new movie? Because this footage from a TOHO film (considered canon by kaiju lovers) clearly shows that Godzilla has jet powers:
I would have loved to have heard Chris Hardwick trying to answer my question. I'm sure he'd have all kinds of fun with it. But alas...there is so much to discuss about Godzilla that the questions are probably endless.

*DISCLAIMER: I am in fact jealous that I did not come up with the handle "Octopussoup." Names like that are the only way to get respect in the prestigious kaiju community forums. Sigh and *hangs head in shame.
Posted by Michael Offutt, Phantom Reader at 12:12 AM 21 comments: