Rhett Butler in Gone with the Wind says things about war and making money that are still prescient today. 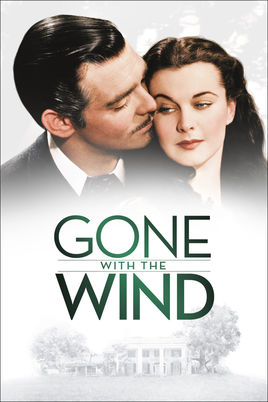 This year marks the 80th anniversary of the David O. Selznick film adaptation of Gone With The Wind starring Vivien Leigh as Scarlett O'Hara and Clark Gable as Rhett Butler. It's also one of the reasons why I'm finally getting around to reading the book. There are other reasons, of course. For one, it was a big story that obviously impressed a lot of people. So, I felt like I needed to read it, because that's what I do (I try to read things that impress a lot of people). Second, I've always liked the story. I was one of those old souls that was 4 going on 40 and watched Gone with the Wind when it came on television (as a teenager) while other kids listened to Madonna and cruised the strip in their Camaro's.

Before I get to some of the things that Rhett Butler says in this remarkable book by Margaret Mitchell, I want to point out some things about the film that have probably been said before by people much smarter than me.

1) Clark Gable as Rhett Butler and Vivien Leigh as Scarlett O'Hara are perfectly cast. Even today, thinking of all the actors and actresses whom my brain has latched onto from every era, I cannot think of two people who could fill the role of Scarlett O'Hara or Rhett Butler any better than those two were you to blow open the casting call and say I could pick from any time period and get who I want in their prime.
2) Olivia de Haviland is still alive. She played Melanie Wilkes in the film production, and she too was perfectly cast. She is 102 years old.

3) Leslie Howard as Ashley Wilkes is a travesty. He was too old for the part, and (although they nailed at least three of the roles) this one just got away from them. All I can think of for this part (from any era) is a young Heath Ledger (who is now dead). I would have looked for someone like Heath Ledger that would have been kicking around at that time period. The thing with Ashley is he's basically a McGuffin. You wouldn't need a big name to play him because he's there purely for Scarlett to lust after because her character flaw is to love things that she cannot have. His lines are "bleh" in the book, and they could have been said by a stagehand for the few areas in which he really has an impact. There literally is no reason within the context of the pages of this massive book that explain why Scarlett was so smitten by Ashley. He's altogether never present, and he's kind of boring, and he would have just burned up in Scarlett's fire. Rhett (on the other hand) is perfect for Scarlett, and she for him.

4) I used to think (after watching the movie) that Scarlett would get Rhett Butler back. In reading the book, I'm more aware of her character flaw (which is to love things that she can't have). Because of that, I don't think she ever gets Rhett back, because Scarlett could never love him if she did. I know that doesn't make very much sense, but Scarlett is a doomed character to always want what she cannot have. So if you're going to write a story with that kind of character, then the whole point is to make a story that doesn't have any kind of satisfying end to it because that's the character with whom you are dealing. I know there was an unauthorized sequel called Scarlett which was written many years ago that supposedly tries to answer the question, "What comes next?" But I don't think I will ever read it. Even only halfway through the book, I already know that Gone with the Wind is a complete story and Scarlett standing on a small hill under a tree at Tara with earth in her hand vowing to get Rhett Butler back is pretty much how her story ends (which is the whole point of that character). She never gets him back. She would stop being Scarlett if she did, and we'd wonder who this strange character was that suddenly appeared.

Now onto some of the things that Rhett Butler says in the book that really sound visionary today (or at least they sound like a part of the human condition as we know it that are truly timeless):

"Your family and my family and everyone here tonight made their money out of changing a wilderness into a civilization. That's empire building. There's good money in empire building. But, there's more in empire wrecking.... This empire we're living in--the South--the Confederacy--the Cotton Kingdom--it's breaking up right under our feet. Only most fools won't see it and take advantage of the situation created by the collapse. I'm making my fortune out of the wreckage."

This observation couldn't be truer today, when I examine all the things that I observe which come out of the destruction of empires, whether they are actual kingdoms or nations like Iraq or big corporations like Sears.

"All wars are sacred," he said. "To those who have to fight them. If the people who started wars didn't make them sacred, who would be foolish enough to fight? But, no matter what rallying cries the orators give to the idiots who fight, no matter what noble purposes they assign to wars, there is never but one reason for a war. And that is money. All wars are in reality money squabbles. But so few people ever realize it. Their ears are too full of bugles and drums and fine words from stay-at-home orators. Sometimes the rallying cry is 'Save the Tomb of Christ from the Heathen!' Sometimes it's 'Down with Popery!' and sometimes 'Liberty!' and sometimes 'Cotton, Slavery and States' Rights!'"

And yes, Mitchell nailed it again. This does seem to be what wars are about. Look at how much money Dick Cheney and his cronies made from the destruction of Iraq. And I'm sure there are hundreds of more examples from the invasion and annexation of Crimea by Putin to much bigger military conflicts. Someone is always getting rich off it, and they are usually pulling the strings.

Before I finish with this post, I also want to say that I know Margaret Mitchell was born in 1900, so really she was only four decades removed from the horrors of the Civil War. But her knowledge of the subject is impressive. I wonder how much of it was self-educated, and how much she just knew because there were people still alive during her youth who could have told her stories about the war. In either case, Rhett Butler and Scarlett O'Hara are two of the best characters I have ever read in the totality of fiction. So it's a real delight to delve into Mitchell's story, which is basically a hundred years old at this point. Although Scarlett doesn't really have lines that stick out in my mind quite the same as Rhett's do, I will say this: both of these characters are two sides of the same coin.

They are both scoundrels of their times. However, they are both living with different kinds of oppression. If they were alive today, their ideas and free thoughts wouldn't seem out of the ordinary in the least, and they actually might have made a successful power couple in today's dog eat dog world.
Posted by Michael Offutt, Phantom Reader at 12:00 AM