An intro to character using only dialogue

Today is the second day of the I'm Hearing Voices blogfest. We are supposed to use only dialogue, but I couldn't figure out how to do that. So I hope mostly dialogue works. Anyway, here's my less than 250-word attempt at it: 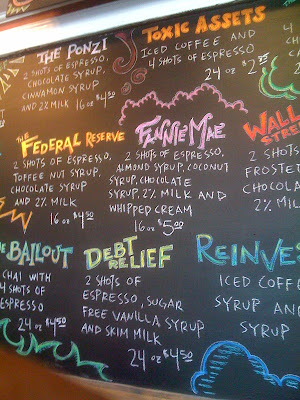 “Sorry.  So, why does warm water freeze faster than cold?” Brianna asked him.
“It’s spread over a huge surface area; this causes it to experience intense evaporation which creates an endothermic chemical reaction.  Think rapid cooling that forces a bond with the existing surface area.”
She turned to the counter, “I’ll take one ‘Eggs Melissa’ and I’ll pay for whatever he’s having.”
“—oh, you don’t have to do that,” Jordan said.  “I’ve got money.”
“I know—I just want to.”
The clerk rolled his eyes.  “Want the Sunrise again, Jordan?”
He nodded yes.
Brianna passed over a $20 bill and while she waited for her change, she glanced over at him.  “Is that a good sandwich?”
“Yes. W-well…I’ve tasted it before and it’s delicious, but it really isn’t for me.  I buy one for my boyfriend so he’ll have something to eat when he wakes up.”
Brianna raised her left eyebrow.  “You—have—a—boyfriend?”
“Yes.”
She nodded her head in slow motion and muttered, “Awkward…” They stepped off to the side to wait for their orders which were being freshly prepared.  He thought he should have said something but was at a loss for words.  “So…,” she said, beginning again, “would you like to trade phone numbers with me?  Cornell is a gargantuan campus and it can be difficult to meet people when you’re on a busy schedule.  I thought maybe we could catch a snack sometime…you know…on the quad?” 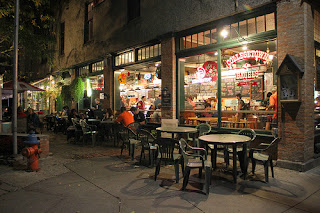 I'm pretty sure I failed this exercise because I included non-dialogue tags to give me direction. But, without those, it just became talking heads. And I can't stand talking heads. But, I think you can tell a lot by the characters from the dialog which may have been the point. I have no idea actually.
Posted by Michael Offutt, Phantom Reader at 7:38 AM