Understanding Men To Write Your Fiction 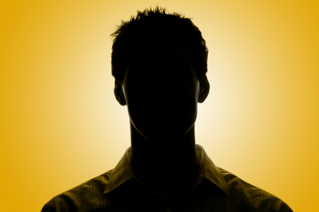 I'm not a Psychologist, but I think I understand why men do many of the things that they do.  And so I'm going to tell you.  Who knows...maybe what I say here will help you in portraying them in your fiction.  Now, this post is a generalization and there will of course be specifics that I'm sure I'll get nailed on.  Men (like women) are simply too complex to talk about here. That is the nature of the human brain.  Anyway, here's what I've noticed...take it with a grain of salt if you want...I don't care if you think I'm a flake.  I'm a guy and I think I understand other guys.  So here it is...my theory of men.

I think men have an innate desire to be somebody. All the choices that they make in our society boil down to this testosterone-driven primal urge.

I think men go into politics not to fix a problem but again to be somebody--an odd reason to want a job, right?  Fixing a problem is only a consequence of them holding office...something they must deal with that is a distraction of being somebody.

I think men play video games to win. Winning makes you instantly a somebody.  Men really like to win.  And they like watching other people win because birds of a feather flock together. Winners watch winners.

I think men play games period to win.  If it's a social game like Dungeons & Dragons where winning is not obvious...then they are playing to be the best one at the table and to outdo everyone else.

I think men choose their love partners because their partner makes them feel like they are somebody. The implications of this are pretty wide.  What I'm saying is that they don't care so much WHAT YOU LOOK LIKE so much as they care that other people are jealous that they own you.  They just have to get this feeling...it doesn't necessarily mean that it needs to be true. It just needs to exist in their minds. And if there's ever a time when people don't want you, when you are an undesirable commodity for whatever reason, then attraction will fade even if things on a personal level are going great.

I think that men dominate religions because religion is an instant platform by which to be somebody and they love being in that position.

I think that men go through a mid-life crisis when they feel that they are becoming invisible and they have this perception in their mind that they were somebody to begin with...even if they never were. All that matters is what they think.  The mid-life crisis is just a way to try and recapture that feeling that they were, at one time, relevant.

I think that one reason why Twilight is so successful is because Stephenie Meyer subconsciously KNEW THIS about men. Edward loves Bella for who she is and it doesn't matter that she's important to anyone else.  The real romance is that "Bella" needs no other validation from any of Edward's peers and he loves her all the same.  I think that this is entirely fiction because it isn't the way men think...hence...why it's uber romantic.  Women may not quite put it so bluntly...they may not realize that what I'm saying is going on...but as others point out...I can be very blunt.

And it's why George R.R. Martin succeeds with a male audience.  All of his men are important and they are in a power struggle to prove who is the most important.  It's awash in testosterone and every man who reads it cannot get enough.

People talk about boys not reading.  I think that boys DO read and want to read.  I think that men read and want to read.  But if you want to appeal to men, you're book has GOT TO make the man live the fiction of BEING SOMEBODY important.  J.K. Rowling did it with Harry Potter AND managed to also appeal to a huge female audience.  But make no mistake, Harry (the man) was the big somebody in the book.  Either this or the act of reading the book MAKES them a somebody. This is where the intellectual snobs come in, touting Ulysses by James Joyce or an original version of Don Quixote in Spanish because they read it and are somebody because of having done that.

So my advice is...if you are writing a story...and you are wondering if a man would do a certain act...to just pause.  Stop.  Ask yourself these questions:  By doing this, is the man getting an ego boost? Is he being somebody?  By screwing a girl in the backseat of a car will his friends high-five him?  By dealing drugs does he get money so that he can buy a low-rider all tricked out with bling that his other friends will drool over?  By cheating on his spouse, is the woman (or man) that he is with making him feel better at the moment than he feels when he is with his partner?  If he chooses to ignore the partner at home and play a video game...is the video game making him feel like he is somebody because he's winning and beating things down and destroying things?  If a man turns down money offered from a friend who just wants to help...is he doing so because accepting the gift makes him into a nobody?  Being a nobody...being mediocre...that sucks.  And if you want men to like your fiction, they don't want to feel mediocre.

EDIT: I received a very interesting question from fellow blogger Ciara Knight. She asked why the Hunger Games was so successful given a female protagonist.  I wanted to answer that here because it's a great question and I wanted to clarify something. Female protagonists are perfectly acceptable and men will read them (I know I do). But to resonate, the theme of the book and the protag need to be winners. The Hunger Games is about winning and the stakes are very high if you lose. This makes it all the better. Men like stories of winning, challenges, more winning...pure winning.  Look at Twilight again (as an example).  What does Bella win? A boyfriend? That's not guy material. But ask yourself what does Katniss win and what does she stand to lose by not winning? It's the very essence of being somebody.
Posted by Michael Offutt, Phantom Reader at 1:11 AM