Seeking feedback from the obligated reader

In my opinion, reading is a natural thing.  It is a natural process. A person who is not concerned with the politics of the actual publishing industry who simply wants a book to enjoy goes on an exploration. They make a selection based off of many factors...cover art, reviews, and word-of-mouth recommendations.  Notice that I left out the word "obligation".  I did this intentionally because I think an obligated reader makes the act of reading a chore.  However, that is exactly the kind of feedback many authors seek out when working on a manuscript. 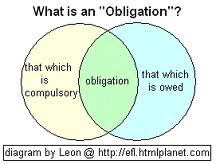 I think that an obligated reader is the worst kind of reader. An obligated reader is irate...similar to the irateness one feels when obligated to attend an event that they don't want to go to. They need to fulfill an obligation because it has been assigned to them. They are an editor, an agent, or the friend of an author who coerces them into reading their manuscript.  Or, they are a fellow author who reads the work in the hope that the other person will take an interest in their writing.  I also think that "give-a-way" critiques make for an obligation as well.  There's a reason they are offering that service--it simply isn't out of the goodness of their own heart. But it could be as simple as more traffic and positive word-of-mouth.  Still...an obligation it is and they really, truthfully, don't want to read your stuff but hide behind a smile and the thought (I'm going to get through this as quickly as possible).

So, if your only choice for feedback is twisting the arm of someone who ordinarily wouldn't do so, how then is this going to affect your manuscript?  Quite a bit actually.

The irate reader is going to insist on being hooked right off the bat (depending of course on the level of obligation).  "You'd better hook me in the first sentence, the first paragraph, or the first page or we are done!"

They will be brimming with all the tools from their MFA classes, red pen handy. They will slash at your adverbs (ignoring the fact that authors like J.K. Rowling are awash with them and make millions if not billions of dollars).  They will pound things like show don't tell, they will grab their soapbox and nitpick your story to DEATH.

The irate reader is the WORST reader on the planet. And really...I think any feedback you get from an irate reader is almost worthless. You'd be better off just hiring an editor to help you get your manuscript in shape for whatever it is that you intend to do with it.  At least then, the person isn't irate with you and out for vengeance for making them do "work".

Do you seek feedback from people that are obligated to read your writing?
If so...have you been happy with the result?
Have you been an obligated reader for someone else?
If so...how did that turn out?

With my own writing, I have an editor and that's it. I decided never to seek feedback from anyone that I had to obligate to read my work.  The only "obligated" readers I've had were agents that requested pages and those were all rejections.  As a parting "monday" thought, I find it interesting that the gateway to publishing must go through readers who are irritated because they are FORCED to read in order to buy the latest spring fashions and pay for spa appointments.  I guess that's why it's called "work".
Posted by Michael Offutt, Phantom Reader at 1:26 AM