Dr. Jenner's whisper to Rick on The Walking Dead 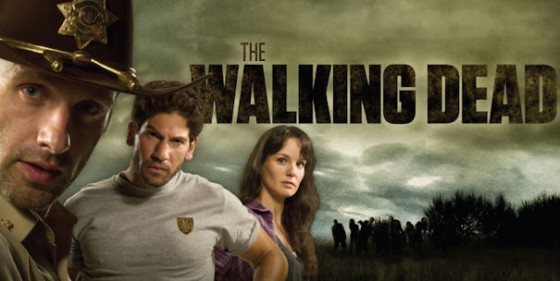 This week's Walking Dead had me thinking.

If you recall from season one, the group led by Rick went to the CDC in Atlanta for help. When they got there, they found Dr. Jenner. He was the only one left. And prior to committing suicide and blowing up the whole building, he whispered something into Rick's ear.

Well I have an idea on just what that whisper might have been.

After a discussion with my friend James, I think that Dr. Jenner might have told Rick that everyone is infected with the zombie disease. That everyone that dies, becomes one, whether or not they are bit. Somehow...the world has changed.

The implications for Rick are profound. If something happens to his unborn baby in the womb and it dies, it will become a zombie and attack the mother from the inside.

That would be horrific. And this series does not pull any punches.

Additionally, it looks like Michonne will be showing up in the season finale in just three more episodes. If you don't know who Michonne is, you can look at my post that I did on her HERE.
The woman who has been cast with no name attached because AMC is keeping it secret as to who she will play is Rutina Wesley. You may recognize her from playing Tara in the HBO series "True Blood." She's also going to be in Ridley Scott's Prometheus (I can see Grumpy rolling his eyes). Rutina Wesley IS confirmed as a permanent cast member and not a guest star appearance.

She has to be playing Michonne.

I was wrong on the casting of Michonne. It turns out that Treme actress Danai Gurira has been cast in the role. I have to say that October 2012 seems like a long time to wait before seeing her in action. But if last night's season finale were any indication, the best things do indeed come to those who wait.

What do you think?
Posted by Michael Offutt, Phantom Reader at 6:57 AM