Walter White as Heisenberg is the greatest villain of all time 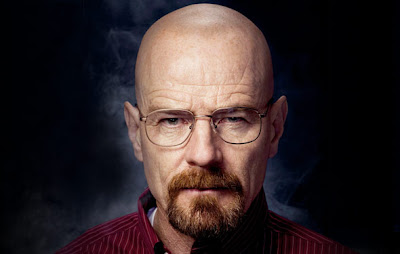 Noir fiction for American audiences is when a protagonist (usually a victim, a suspect, or a perpetrator) is tied directly to a crime. In other words, the protagonist is not an outsider called to solve or fix a particular situation. Another quality of noir has to do with the self-destructive qualities of the lead characters. With this in mind, Breaking Bad definitely fits the bill.

With only four episodes left to go in what I am going to say is one of the most spectacular stories I have ever discovered, Breaking Bad is nothing short of a masterpiece of noir. The absolute corruption of Walter White from season one as a chemistry teacher at a high school unable to lie to his own wife into Heisenberg, the ruthless head of a drug empire, is at once astounding and terrifying.

The evolution of this character from merely wanting his medical bills taken care of and securing a financial future for his young wife and children into someone who probably has close to a billion dollars in cash buried in the New Mexico desert has been riveting to watch. We've seen meth heads crushed by ATM machines, human heads mounted on the backs of turtles and wired with explosives, innocent boys shot and then dissolved (along with their dirt bike) in giant vats of acid, and meth cooking in suburban residential homes being fumigated by corrupt insect company "Vamonos Pest." Along the way, Walter White's lies got better and better and even his wife, Skyler, joined him to become Mrs. Evil.

Her evolution is complete as well. In the last episode that aired Sunday, she basically orders Walt to kill Jesse while sitting on the bed drinking some vodka. "What difference does one more make at this point?" is what she asks. It's cold-blooded, calculating, and very logical. How do you argue with that? It's like trying to answer critics of Syria that say, "What does it matter if people are killed with chemical weapons, a bomb, or with a bullet to the head? Dead is dead." I suppose they're right; I have no answer to that question either. 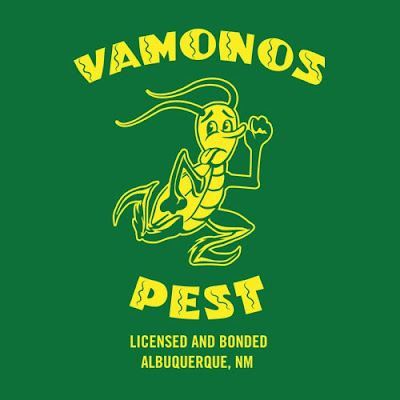 The storyline of this show unfolded with nuanced precision, chapter by chapter, with no detail too small to overlook. Each season of Breaking Bad presented its unique challenges to Walter White. There was Tuco, the small-time drug lord of Albuquerque, who was scary enough to probably frighten any one of us (on the other side of the tube) to death were he to appear on our doorstep. There were the Juarez Cartel assassins who killed those they met with shiny axes while holding blank-faced unemotional stares. I dare to say, their pulse probably never got above 60, even when they bashed someone's brain in. There was the Juarez Cartel and Gus Fring of Los Pollos Hermanos. One by one, each of these villains disappeared in a unique way, because none of them had what Walter White had: pure evil genius. 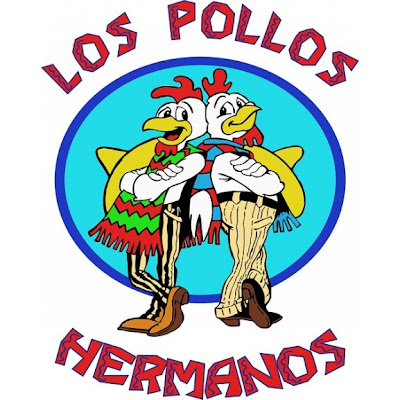 If anything, Breaking Bad has shown me that the scariest villain is the smart villain. It's the one that outwits you at every turn, who poisons you with ricin, who strips away every avenue of escape leaving you no choice but to stew in silence or be destroyed. In this respect, the character of Walter White as Heisenberg is the greatest villain of all time. With his "Nobel-sized" brain and the ego to go with it, I find it totally believable that he would embrace darkness because the world in which he lived looked down on him, disrespected him, and did not appreciate how smart he truly was. So he seized upon infamy and the pride that goes with it. The world will never forget Hitler, right? Walt probably has similar aspirations for the entity of Heisenberg.

And in the end, there is no soul blacker than Walter White (although his wife comes a close second). Even Darth Vader loved someone. I don't think Walter White truly loves anyone but himself (does he truly love his kids?). He is pure evil. Jesse Pinkman even calls him "the devil," and rightfully fears Mr. White. He should. Everyone should. I've never seen a psychopathic character brought to life in such vivid color. We have been with him every step of the way and only now that we can see the end in sight do we (as the audience) ultimately realize that this has been a story of evil incarnate--the story of an evil so powerful it's capable of destroying anything and anyone that dares to cross its path.


Dean Norris Spoils Breaking Bad from Dean Norris
I suppose that kind of legendary power would make Heisenberg smile if he were a real person. As much as I admire what the writers of Breaking Bad have created, I hope he doesn't get away with it. Walt is a serial killer, responsible for the destruction of countless lives. To see him go unpunished for this would be too real because I know bad people do bad things all the time and get away with it Scot free. But I guess that begs the question: can Breaking Bad even have a happy ending? Will I be happy to see Walter White vanquished by Hank? Not only would a happy ending be unsatisfying, but I don't think it's even possible. AMC has given us a show that is destined to become a legend in the annals of T.V. history and just like any good story, it's the quality of the villain that made it all happen.
Posted by Michael Offutt, Phantom Reader at 12:12 AM

Email ThisBlogThis!Share to TwitterShare to FacebookShare to Pinterest
Labels: Breaking Bad, Walter White, Walter White as Heisenberg is the greatest villain of all time