This Fall, there are a lot of shows I want to watch on television. People have been asking me for my recommendations so I've compiled a list of television shows (and when they air) to keep you apprised of what's on night to night. Maybe from this list, you can determine if there's anything there that piques your interest too. 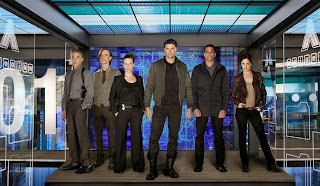 Almost Human (November 4th on Fox) An action-packed police procedural set 35 years in the future, when police officers are partnered with highly evolved human-like androids. It has Karl Urban in it and is being funded by J.J. Abrams. That's good enough for me. 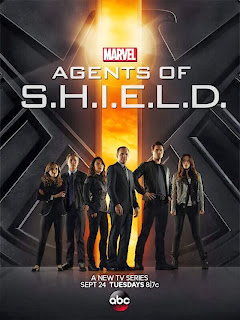 Tuesdays:
Agents of S.H.I.E.L.D. (premiere is this week) -- You all should know what this show is. If you don't, then consider nerd card suspended.

Supernatural (October 15th on the CW). Last season ended with angels being thrown out of heaven by the scribe of god. This season should be a war between demons and angels on earth. It sounds like the Winchesters will have their work cut out for them. 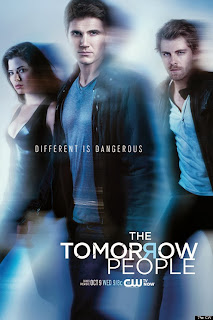 Arrow on the CW (second season premiere is October 9th) -- I love this show. Aside from gratuitous muscle shots, the acting is great and the storyline is awesome.


The Tomorrow People on the CW (season pilot airs October 9th) -- this looks like a spin on the whole Heroes thing using the Smallville formula: great looking actors and actresses mixed in with pop music and great special effects. I love the CW. Greatest line in the trailer: "What else can you do 'cept...STOP TIME?" <== That's f'ing awesome. I'm probably MOST excited for this series.

Revolution (second season starts this week) -- The first season almost lost me with all the weird directions it went in. However, I'm willing to see what they've got cooked up for season two. It seemed like the show likes getting me to be remotely invested in a character just to have it killed off or relegated to a minor role.

American Horror Story: Coven (October 9th on FX) -- Kathy Bates is enough reason to watch this season. That, and I like stories that have to do with witchcraft. 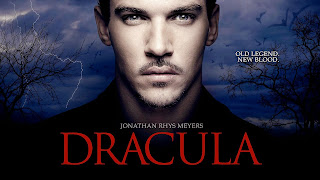 Fridays:
Dracula (Pilot is October 25th on NBC) It's the late 19th century, and the mysterious Dracula has arrived in London, posing as an American entrepreneur who wants to bring modern science to Victorian society. He's especially interested in the new technology of electricity, which promises to brighten the night - useful for someone who avoids the sun. But he has another reason for his travels: he hopes to take revenge on those who cursed him with immortality centuries earlier. Everything seems to be going according to plan... until he becomes infatuated with a woman who appears to be a reincarnation of his dead wife.

Sundays:
The Walking Dead (season premiere on AMC October 13th)
Masters of Sex (season premiere on Showtime this Sunday) -- Michael Sheen and Lizzy Caplan portray the real-life pioneers of the science of human sexuality, William Masters and Virginia Johnson. The series chronicles the unusual lives, romance, and pop culture trajectory of Masters and Johnson. Their research touched off the sexual revolution and took them from a mid-western teaching hospital in St. Louis to the cover of Time magazine and nearly a dozen appearances on Johnny Carson's couch.
Talking Dead (season premiere on AMC October 13th)
Once Upon A Time (new season airs this week on ABC)

So that's everything. See anything you like?
Posted by Michael Offutt, Phantom Reader at 12:07 AM

Email ThisBlogThis!Share to TwitterShare to FacebookShare to Pinterest
Labels: Agents of Shield, All the wonderful television shows I plan to watch this autumn listed in one place, Dracula, the Tomorrow People, The Walking Dead