Goodbye Breaking Bad. Sundays just won't be the same without you. 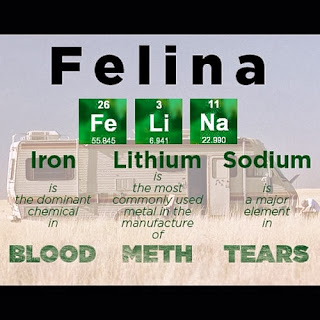 SPOILERS AHEAD -- I guess this post is for true fans of the show that tuned into the series finale to watch it along with millions of other people. That doesn't mean that you, my many writer friends, aren't welcome to read it. But I know many of you don't watch television so you may get nothing out of this post at all.

I went to a local tavern/pub last night to watch the series finale of Breaking Bad with other rabid fans. I partook in great conversation while watching a high definition broadcast of it on a 60" screen, eating sandwiches and drinking beer. What a fun time. I told them we should do it again for the Walking Dead. 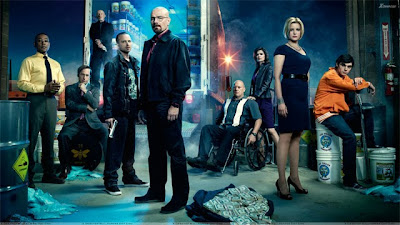 Anyway, none of my predictions landed where I wanted them. I guess one caveat is that we saw Jesse Pinkman in a flashback to his high school days working on that box I told you about last week. So in keeping with a goodbye dedication, I'm going to reflect on all the ends that got tied up, beginning with...

1) The death of Walter White. I got to hand it to him...pure genius to the end. Rather than succumb to anger over Gretchen and Elliot, he used them and their billion dollar empire to be the best money launderers ever for the 9.5 million dollars that he wants to get to his family. It was great to see Badger and Skinny Pete one last time. I love that Walter finally came clean to Skylar about why he was cooking meth. He admitted that he liked it. He was really good at it, and that it made him feel alive. I think any of us can understand that basic need. When we're really awesome at something, it feels good. RIP Heisenberg/Walter White.

2) The death of Lydia Quayle. She got everything that was coming to her. I loved that she got poisoned by the ricin, and it was perfect that she heard it from Walter White, who tauntingly asked her, "How have you been feeling, Lydia?"


3) Jesse Pinkman lived and got his robot from season 1! It seemed to me that at some point, Jesse had nothing left to live for. However, when he drove away from the compound with Walter White standing alone in his rearview mirror, he seemed glad to be alive. Maybe he can find it within himself to move beyond the swath of death created by cooking meth with his former high school teacher. One thing's for sure: Jesse will never be able to forget his high school chemistry teacher. In that sense, Walter White is immortal. Oh and in season 1, Jesse asked Walt if he was going to build a robot. Walt (at the time) scoffed at him. Well, maybe Walt just needed to be inspired. Embedded in the video below are all the greatest moments when Jesse says "bitch." It'll be Aaron Paul's greatest catchphrase from the show.

4) The death of Todd and his whole murderous family. This was perfect. I thought Jesse might cook a bomb and that turned out to be totally wrong. I found the reality just as satisfying. Walter White rescuing Jesse and then killing Todd's family with a tricked out M60 was awesome. I like how he triggered it to go off when the trunk popped open. I also thought it was great to see Jesse Pinkman strangle Todd to death. Perfect ending to that psychopath.

I wish I could have known Skylar White's fate. Did she go to prison? I kind of think that even with the bargaining chip of knowing where Gomez and Hank are buried that this would not be enough to keep her from jail. I could be wrong though. However using that as a bargaining chip would probably make Marie never speak to her again.

As series' finales go, Breaking Bad's is the best that I've ever seen. I salute Vince Gilligan, Aaron Paul, Anna Gunn, and of course, Bryan Cranston who made it all possible. It's been one hell of a run over five years and you finished it on top. Breaking Bad is easily one of the greatest stories of all time. So goodbye Breaking Bad. Sundays just won't be the same without you. 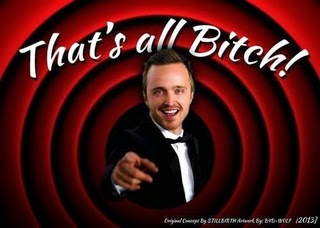