Artist Scott Wade is selling prints of some fabulous Sengoku Batman images. For those of you not in the know, "Sengoku" refers to a period in Japanese history referred to as the "Warring States Period." As its name implies, during this time Japan was embroiled in nearly constant social upheaval, political intrigue, and constant military conflict. It lasted for two-hundred years (between the 15th and 17th centuries) and eventually led to the unification of political power under the Tokugawa Shogunate. A lot of beautiful silk screen art pieces such as the one below are typical of this era: 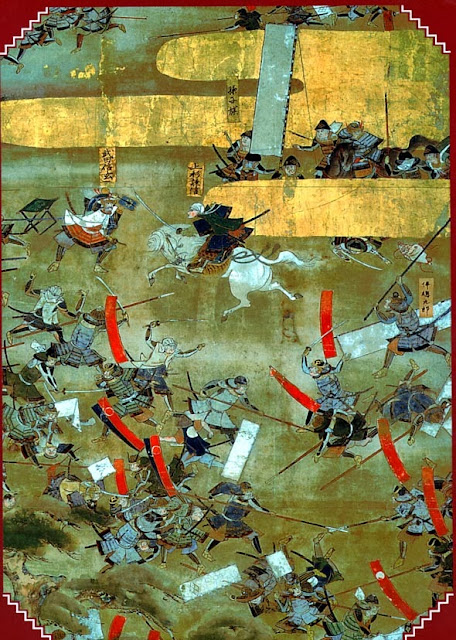 Being half-Japanese, I love Japanese artwork and have a few prints and silk screens in my home. However, I'd love to get some of the following Batman prints simply because they're both beautiful and show that special geekiness that is "oh so me." 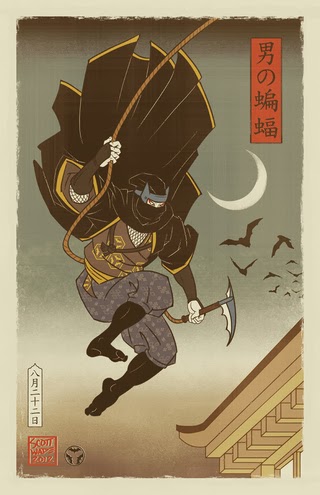 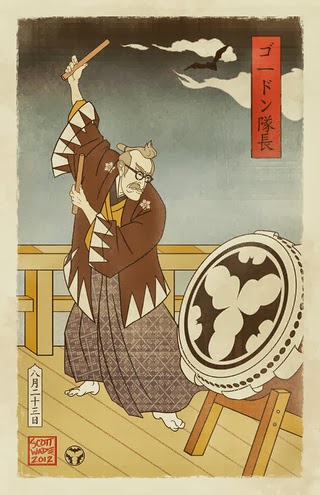 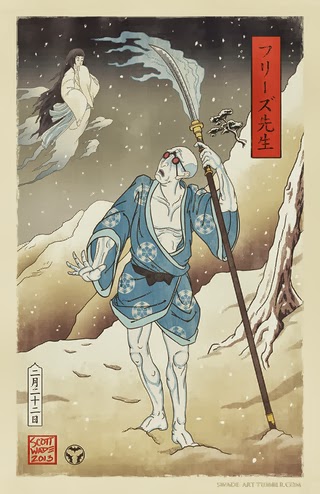 In a gist, these Batman Sengoku era images could belong in any home right next to the fine China. Wouldn't that be a cool dinner conversation? Have a great weekend.
Posted by Michael Offutt, Phantom Reader at 12:01 AM

Email ThisBlogThis!Share to TwitterShare to FacebookShare to Pinterest
Labels: Art, Batman, These Batman Sengoku era images could belong in any home right next to the fine China