At least Microsoft could pay for original music in their commercial for the Surface 2 which is more than I can say for X-Men: Days of Future Past

Originality from the American film industry is a horse that died long ago and yet they're still beating on its corpse.

The song titled Adagio in D Minor is brilliant. However, I can't tell you how utterly sick I am at hearing the musical score pop up in movie trailer after movie trailer. Yeah, it was in last year's City of Bones trailer that came out (I think) in November 2012. Now it's in the newest movie trailer for X-Men: Days of Future Past. Here's what I'd say to the marketing departments who make these trailers if I could give them a piece of my mind:

With Hollywood actresses and actors making so much money and films costing millions and millions of dollars, why on Earth can't you come up with an original score of your own? Why must you rob the same soundtrack as others have done for the last five years? I hear Danny Elfman writes music. Are you so cheap that you can't just go and get him to write something for your movie and then use it for your trailer? The Walking Dead has its own musical score and that's a television show. Maybe everyone is right when they say "television is now better than the movies."

To those of you who out there reading my words with no clue as to why I'm in a rage about this, just have a listen. Below is the original music score for Sunshine. It's impressive, and it appeared in this relatively low-budget sci-fi movie's trailer. When I first heard it, I loved it. But I guess SO DID EVERY OTHER FREAKING PERSON ON THE PLANET. NOTE: you may have to advance to about 40 seconds in to get the full effect of the music.

And compare it to the X-Men trailer for the movie coming out soon...

And then give a hearty listen to The Adjustment Bureau at about 1:35.

And guys, this is seriously just four trailers I could pluck out of thin air in a fit of frustration at hearing the soundtrack yet again from a studio that should know better.

Is there no more originality in this world? Does anyone even care? Disney, you own Marvel and Pixar and Star Wars! You have billions upon billions upon billions of dollars in your cash hoard. You have Elton John, John Williams, and former Mouseketeer's Britney Spears and tongue waggin' Miley Cyrus on speed dial. Are you seriously expecting me to believe that you could find no one to score your more than two minute X-Men: Days of Future Past trailer? Literally, all of my emotions can be summed up in this one picture: 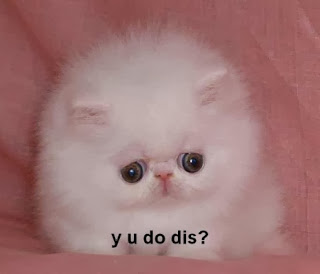 Here's a listen to the Microsoft ad I've been seeing on television. At least Microsoft could pay for original music in their commercial for the Surface 2, and it actually sounds good.
Posted by Michael Offutt, Phantom Reader at 8:29 AM