Is Red in the Blacklist the latest incarnation of Hannibal Lecter? 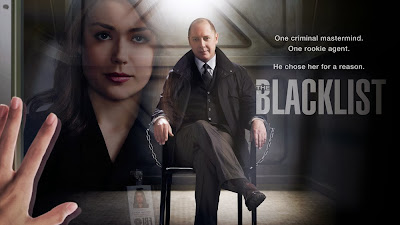 Despite writing only a few books, Thomas Harris (the writer of Red Dragon, Silence of the Lambs, and Hannibal) has impacted fiction for decades. More specifically, the character dynamic of the anti-hero as the modern criminal mastermind that likes to play quid pro quo with the incredibly beautiful and smart rookie agent has been used almost to the point of being cliche. I say "almost" because despite my ability to spot this trope whenever it rears its ugly head, when a storyline takes the time to reinvent it, I'm on the hook. And that's exactly what NBC is doing with The Blacklist.

We are introduced to the characters of "Red" and "Liz" in the pilot episode in total Thomas Harris fashion. Red is a super brilliant criminal mastermind who has better intelligence than the top chiefs at the F.B.I. (this is "the skinny" on the scariest people you hope to never cross paths with) and in a nod to the character of Hannibal Lecter, he will only share his knowledge with rookie agent Elizabeth Keen on her first day at work.

"Tell me about the scar on your hand..." Red says to Elizabeth. Well if she doesn't tell him, he's not going to cooperate. That's just the way these quid pro quo things work. So our hero Elizabeth gives Red what he wants by revealing one small layer about herself. And of course, James Spader then tells her what she wants to know regarding a master criminal who is going to abduct a little girl and set her to explode at the D.C. national zoo.
The clever dialogue of the series more than likely hinges on the psychology involved in profiling villains and their motives. Like Clarice Starling (whom we first came to know in Silence of the Lambs) Elizabeth is also a graduate of Quantico and possesses a degree in forensic psychology. In an interesting scene with the FBI Director, she is asked to profile herself. When he informs her that he's read her resume and doesn't need her to just vomit that back upon his desk, she gets personal in a way that I know I probably couldn't do and manages to seal the deal that she's the right person to be working with Red. One thing I like to do when watching shows like this is to think of how predictable we are in reality? Could my psychology be profiled? Could I (a reasonable human male) get caught up in unreasonable yet predictable psychological behavior? Have you ever heard of the $500.00 $20.00 bill?

Here's how it works:

But there's a catch. Other people get to bid on this $20 bill. If someone outbids you and you throw in the towel, you still have to pay me your final bid. You get nothing in return.

How much are you willing to pay for my $20 bill?

Psychologists have been conducting this experiment for years, usually on students. It always goes the same way. People get excited at first at the prospect of bidding $1, or $5, or $10, for a $20 bill. It's free money. At around $17 or $18, a bidding war arises between two players who realize they could end up having to pay a lot of money for nothing in return. Not wanting to lose, they each bid higher and higher.

Eventually, someone bids $21 for a $20 bill -- which actually makes sense, because at that price the winner loses $1 while the loser is out $20.

Things blow up from there. The bidding war becomes a fight to lose the least, rather than to win the most. And as psychologists know, people hate losing more than they enjoy winning. It's called loss aversion, and it pushes bids for a $20 bill to absurd heights.

Wharton management professor Adam Grant, who plays this game in consulting sessions, says a military officer once paid close to $500 for a $20 bill. Harvard Business School professor Max Bazerman claims to have earned $17,000 auctioning $20 bills to his students, with at least one student paying $204 for a $20 bill.

The psychology of the above irrational example of human greed, the desire to get a bargain, and to not be the one that ends up getting screwed financially is simply a part of human nature. My conclusion then to the questions I posed before the above example is yes, I may think of myself as a reasonable human being but in the end I'm as easily profiled as the next guy. I think all of us secretly know this, and that's why characters in fiction that are smart and able to figure out the motivations and goals of villains are worthy of our attention.

There is one thing that somewhat bothers me about The Blacklist: I don't like how Red is such a direct clone of Hannibal with regard to his snobbiness. He loves surpassing luxury, fine dining, good music, and fine wine. He dresses impeccably, treats people with respect (if they show him respect), and is obviously quite taken with himself in being the smartest one around. I think I would have preferred that they shatter this cliche just a wee bit, but seeing as I cannot afford the lifestyle that Red so readily demands, it will in the least be a window into the decadence of the 1%. This is something that Americans and Hollywood never grow tired of showing us. There are probably dozens of shows on television that feature yachts, expensive cars, jet-setting characters to remote locations of our world, and the finest clothes money can buy.

All in all, I enjoyed the pilot of The Blacklist, but I have to say that I'm more curious as to how they will change the Hannibal Lecter character in this new reincarnation played by James Spader. He's obviously not a murderer or a cannibal. That is refreshing. I wonder if he'll go from being FBI's most wanted in the first episode, to occupying a crucial and trusted position working with the good guys. Is that kind of redemption even possible in real life? I'd best not ask those kinds of questions because the answer is probably far more mundane and obviously less interesting.
Posted by Michael Offutt, Phantom Reader at 12:09 AM

Email ThisBlogThis!Share to TwitterShare to FacebookShare to Pinterest
Labels: Hannibal, Is Red in the Blacklist the latest incarnation of Hannibal Lecter, James Spader, The Blacklist