Please let the rumors about J.J. Abrams be true

When I read yesterday that Disney was close to securing their new director for the much anticipated seventh installment of the Star Wars series, I was intrigued. When I discovered that this mysterious person may in fact be J.J. Abrams, I had this reaction:
OMG I wanted to say "THIS IS THE MOST AMAZEBALLS THING I"VE HEARD IN LIKE EVER!!!"

This is just the present I wanted one week after "Fringe" (the genius series by J.J. Abrams) came to an end. Everything that J.J. touches is just better. He's kind of like nutella. You can put nutella on anything and it becomes instantly better (well most things). 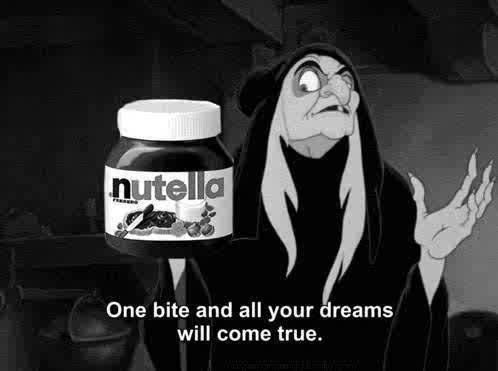 Just look at Star Trek. I know there are some that think that the series isn't better under J.J., but I think those people are dumb. After the Voyager returned from the Delta quadrant with all of that Borg technology, there was nothing left to do. They had quantum torpedoes and ablative hull shielding that could withstand basically anything. And Janeway destroyed the Borg Queen in one of the most spectacular and well written time-travel episodes ever. So yeah...it was too good, and really left nowhere to grow unless Star Trek wanted to go up against super villains on an every day basis which would diminish all of that amazing technology and get boring (not to mention silly and expensive).

So J.J. rebooted the series by having his own bit of time travel (which is entirely in the spirit of Star Trek). And (spoiler alert) he blew up Vulcan, thereby creating an alternate timeline in which anything can happen.

Huzzah for J.J.! You are so smart.

So what will Mr. Abrams bring to Star Wars? Well I'm thinking we won't see anymore Jar Jar Binks. What we will see are glorious lightsaber battles because J.J. understands Star Wars. He knows that every guy in the audience got wet when Darth Maul's dual lightsaber blazed to life in his hands. I think we'll see new force powers too. And maybe he'll explain where the purple lightsaber came from, eh? That would be really cool.

Thank you Disney. I trust that you will create a whole new generation of Star Wars fans. And that, my friends, is a good thing to do. :)