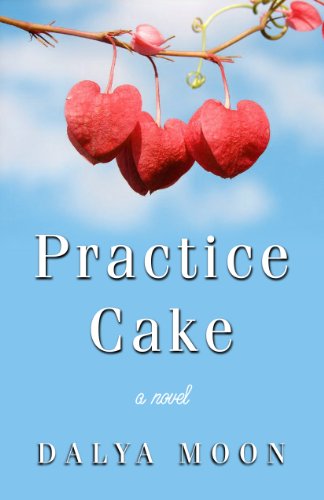 And now I'm telling you about it.

It's YA but it isn't paranormal.  Rather, it's very normal.  It even comes with a reality t.v. show. And despite the fact that I am nor never will be a celebrity of any kind, it struck close to heart.
Near the very end of this book, all that Maddie has gone through comes into a brilliant focus with this clear line:

"The world is full of people who are willing to use you, and they aren't always who they seem."

I barely learned this lesson only a few years ago, and I daresay that some never learn it.  What Ms. Moon has wrought with "Practice Cake" is a beautiful novel for young women everywhere by giving voice to a protagonist called Maddie who seems to meet all the wrong men.

At first, I was annoyed with Maddie. She didn't seem to have any spine at all. She was a tumbleweed, a victim that things happened to, and she rarely took charge of her life. Instead events just happened to her and she seemed entirely out of control of her own decisions even when they came to something as large as moving to Australia with a man that she hardly knew.
But Ms. Moon also gives Maddie great strength. And this comes full circle in the end when Maddie learns to pay attention to that voice inside. The last few chapters of this book turn this novel into more than just a slice-of-life story about a girl that works in a bakery.  Ms. Moon sticks the ending as solid as a gold-medal figure skater can perform a quad. It's in this ending where she earns her five stars (out of five).

In "Practice Cake" Maddie grows as a person and the journey is filled with great lines, whimsy, and the voice of a girl that is leaving her teen years behind and becoming a young woman.  And in the end, Maddie realizes that family has got her back and that the man of her dreams is right there in front of her (and has been almost the whole time).  All she needed to do is say "I choose the car" and just like in a game show, what's behind door number 2 becomes "the road less traveled by and it makes all the difference". And to boot, he smells like sunshine. :)
Q: Why did we have to wait so long for Hudson to really come into the picture? The man smells like sunshine. It's not fair that you just put him in at the very end and not let us spend a little time with him.

A: I'm so glad you liked Hudson! I agree it was cruel of me to leave him to the end.

Q: Why are Parker, Drew, and Snackboy so horrible? I can believe that there are men out there like this. But in defense of men and boys everywhere, I think that there is some literary hyperbole you are exercising in parading out the worst traits of men and throwing them at your protagonist. However, that is your right since this is your story. What I'm interested in is where all this man-bashing came from? Care to elaborate?

Do you mean ... am I exacting literary revenge on some guys who broke my heart? Like the writer of 500 Days of Summer? Nope, I'm afraid I'm not that scandalous. They're fictional people.

A: I prefer to think that the actions of a character reflect on that character alone, and not the author's opinion of an entire gender, though sometimes I've read books where all the female characters are awful, and it does give me a bad feeling. I hope that my male friends and readers will notice that there are also some terrific male characters in this book and my other stories too. 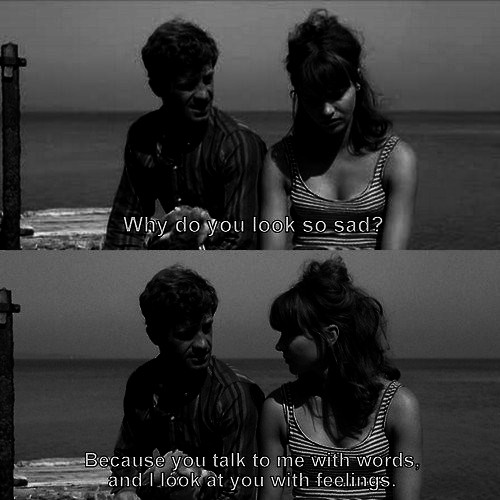 This does lead into one of the dilemmas writers face, though: is the story balanced? And does it matter, if the point is to tell a story? I remember reading an article, by a person with albinism, about his anger that persons with albinism are always the bad guys in movies, and never the hero. This led me to, years later, write a short story with a protagonist with albinism. But I could have gone the other way, and created the most deliciously evil, pale villain ever. Would that have made me a bad person? Or just an irresponsible writer? Would it make any difference if the author name on the cover were a different gender or ethnicity?

Q: When I read this book, I thought there was a clear message that you were sending out to the young girls that will read it. For me, that message is "Stop being a victim and stand up for yourself." Maddie does this in the elevator using a trope that I've never seen before anywhere...holding a hyperdermic needle to the man she potentially loves to get some answers. In the U.S., this would be considered assault. I don't know if Canada has similar laws. However, I liked it. Am I right on the message, or would you say there is another message here, and I missed it?
A: You make it sound so scandalous! In real life, I don't think people should threaten to assault each other to get to the truth, but this is why it's a novel, and not my how-to manual about how young ladies ought to behave. I'll write that one in forty years or so, once I have it all figured out.

As for a message, I have to say I'm an entertainer first. All things being equal, I think most of us prefer to read stories about protagonists who have some morals, care about others, and finish up a bit smarter than where they started. My job as a writer is to entertain the reader and to facilitate that last thing.

Q: You have an ultra-modern vocabulary and are quite inventive with "Hashtag this and hashtag that..." How do you stay so up-to-date on things young girls are talking about?

A: I have a theory that if I make characters interesting, people will want to believe they're real, so I just try to make them all interesting.

Q: Do girls really think about their boobs as much as Maddie does in this book?

A: The less you have, the more you think about them.
Q: How did you get the bakery details?

A: I would go into my local neighborhood bakeries and stare and stare like a weirdo. A friend finally got me a tour around the kitchen of Butter, a fantastic bakery in the Dunbar area of Vancouver. I asked the baker there what the plastic things covering the rolling trays were called, and he shrugged and said, "Plastic things," so that detail went into the book.

Q: How did you get the idea for this book aside from it being set in Vancouver where you live and it taking place around the time of the riots earlier this year?

A: I came up with the title first, which led naturally to the bakery setting. Then one day I was walking down the sidewalk and realized I was being filmed. I had walked past a local business that has a show on the Food network. Ahah! It all started to come together. I hadn't set a story in Vancouver yet, so I figured this was the perfect opportunity.

I started writing the book in 2010, and I really questioned whether or not to include the riots of Summer 2011, or set it back in Summer 2010. I'm usually very decisive, but I spent weeks debating that one choice. It scared me, so I decided to go for it.

Q: What advice do you have for others who want to write YA?

It's all about the characters. 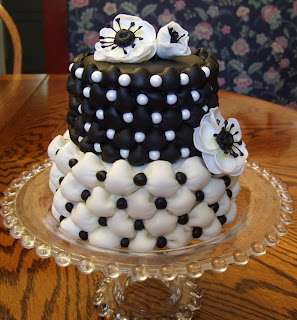 If you would like a copy of Practice Cake, you can buy it for your very own on Amazon for only $2.99.

You can find Dalya Moon at her blog where she frequently blogs about her projects and the writing process.

I am going on a blog break for one week for the Thanksgiving holiday. Enjoy your turkey or whatever it is that you eat. I will pick up blogging again on Monday, November 28th, 2011. In the meantime, I will be visiting blogs and commenting on them.
Posted by Michael Offutt, Phantom Reader at 7:27 AM