True Blood's Warlow is the most interesting vampire to come along since Eric Northman and yes, I only watch True Blood for the PLOT! 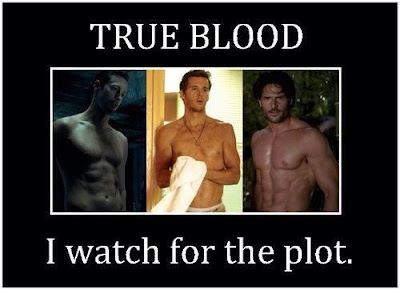 Okay True Blood, as of last night's episode, I'm totally engrossed in you. But there are days when I feel we are in a Bad Romance....
This season of True Blood started out with me doing much head shaking. I didn't see the need for the "Billith cam" (where we got introduced to the way Billith sees the world) unless it was for priceless gifs like Sookie Stackhouse saying the word "Fuuucck" in slow motion. Last season wasn't that great either, so my expectations were maybe a wee bit low. We had the oldest fairy in the world who loved Ke$ha, we had five hundred characters, we had Sam and Luna running around naked in every episode, and there was hardly any Lafayette (and I love me some Lafayette), but this season has somehow pulled itself up by the bootstraps and given us some real interesting characters. 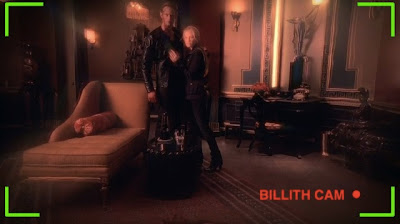 Now I'm freely admitting that I was deeply skeptical when I heard of Warlow. For those of you who don't know who Warlow is because you aren't watching the show (well I have no idea why you're even reading this if you aren't watching the show) but just to explain: Warlow is the vampire that killed Sookie's parents, and he's supposed to be very old and very powerful.
Warlow's the reason why Jason Stackhouse completely lost it and said "Knowing my parents were killed by a vampire is the worst thing that's ever happened to me." And that's a pretty big statement since in one season of True Blood, a pard of were-panthers spent at least six episodes gang raping him over and over. So either Jason has a gift for ignoring anything that has to do with sex, is stupid, or he just really didn't like hearing that his parents had been killed by a vampire. I'm actually not sure which of those three applies, but it's True Blood so it's not like any of their problems get so bad that they just can't hump their way through them, right?
Anyway, with regard to Warlow, I thought they were going for another kind of Russel Edgington-type character and I thought, "how unoriginal." But they aren't. Warlow is way more complex, and I love where this is going. And they're employing the same kinds of techniques that make Bill, Eric, and Pam interesting vampires, i.e. the flashback.

Now I know I just heard all you writers out there groaning, but the flashback really works in television (maybe not so much in writing). Last season with Eric, we flashed back to the time where he made Pam (think gas lamps and Victorian England and you've got the time perfectly). And with Bill, it's not been so much flashbacks as it's been surreal conversations with Lilith (the vampire goddess and perhaps the first vampire?) while being surrounded by bloody naked women strutting vagina first into the sun. And well...if you've got a nice body and are a feminist, I honestly can't blame you for strutting vagina first into the sun. It just might be the greatest meme ever.
So we get introduced to Warlow who is a fairy that's crossed with a vampire and who's basically almost as old as Lilith. She made him in fact (and we're talking about prehistoric times here). The first flashback we got from Warlow read "3500 years ago..." That's pretty damn impressive. But it also turns out, he's not really a bad guy. He was a good husband that got turned into a vampire by Lilith while putting water in a jug by the river for his family. And now 3500 years later, he's come to marry Sookie Stackhouse, and it turns out he loves her and actually saved her from her parents who tried to kill her. Yeah...in a seance with Lafayette, Sookie found out her "loving parents" really didn't love her all that much. They feared her, thought she was weird, and pretty much just wanted to get rid of her. Warlow stopped all that. 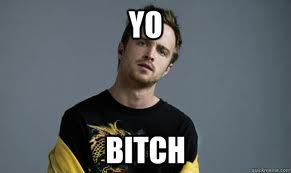 Warlow can walk in daylight, saved her brother, and sure...he's done some bad things like destroy an entire nightclub of fairies that worked as strippers and then stuck Sookie's grandfather "the King of the fairies" into the dimension he had to live in and survive for a long time, but Sookie's grandfather was weird anyway.

There's that word again..."weird" and I've used it multiple times here. Is "weird" really something that I should use to describe True Blood? Don't answer that, or the universe may possibly explode. Maybe my whole point to this utterly pointless post is this: Warlow is hawt, and I'm weird because I watch True Blood.

So yeah, I think True Blood's Warlow is the most interesting vampire to come along since Eric Northman. Anyone else agree?
Posted by Michael Offutt, Phantom Reader at 12:28 AM

Email ThisBlogThis!Share to TwitterShare to FacebookShare to Pinterest
Labels: True Blood, True Blood's Warlow is the most interesting vampire to come along since Eric Northman