A story of gay love? 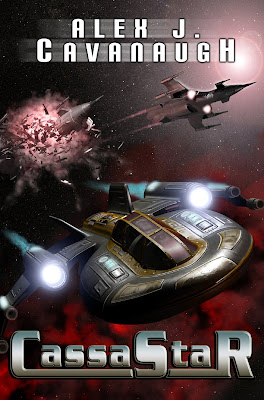 I love this book and give it five stars out of five.

Okay...what to say about Alex's book because my mind is circling. If you read it casually through from beginning to end, there is nothing new here. A great pilot gets trained and blows up a huge military weapon at the end. But if you go one layer deeper (which I always do), this book is about unconsummated gay love between an older man who is all alone and a young, handsome man who has yet to find himself. Disclaimer: Alex has not said his protag is gay. But I totally think he is. If I made this into a movie, I would want Chris Colfer to play Byron. Chris plays Kurt on Glee. Here's a picture of him:

First: Byron is completely closeted. In this society, men have telepathy and are constantly thrusting each other's minds into one another. Byron keeps his "shields" up most of the time but occasionally lets Bassa (the older man) penetrate him. It's really quite sexual and invasive.

Second: Bassa tells Byron that he can't tell people who he really is. He's afraid that if Byron "comes out of the closet" that other pilots may try to repeat his piloting maneuvers and would die because they just aren't as special as he is. But in the end, Byron has no choice but to "come out" and when he does and succeeds, he gets a standing ovation.

Third: This book is a complete "sausage hang". There are no women. But they aren't needed as this is a "gay" love story in a science-fiction setting.


Fourth: If you think I may be full of crap, then take a look at these sample quotes:


"Despite the vast number of partners and friends over the years, Bassa had never connected with any of them...Byron felt confused and betrayed...He didn't matter to Bassa at all..."

"He felt Bassa's grip on his arm tighten and the sound of movement reached his ears. Byron hesitated, afraid to open his eyes. Reaching deep for the courage, he lifted his head and met Bassa's gaze. Bassa squeezed Byron's arm and released his grasp, stretching his back as he leaned away. Byron moved his arm, stiff from resting in one position for so long."

"He struggled to swallow without losing any of the valuable liquid." <== ?????
Bassa chuckled. "It's probably stronger than you're used to," he offered as Byron gasped for air.
A little, Byron admitted.
"You'll sleep good, I promise."  <==== mmmhmmm

"He caught his breath as the liquid slid down his throat, its warmth causing him to wince. Byron coughed once, unaccustomed to a drink so robust. However, he could feel his muscles relax...He would indeed sleep well tonight."

"He'd protested their pairing at first, but now he was grateful for Bassa's presence. The man had taught him many things, most of which extended well beyond their time in the cockpit." <=== makes you wonder, doesn't it?

This book is pretty damn steamy and is full of homoerotic tension. It's extremely interesting and shows that Alex is really writing two stories here which makes him a great writer. What happens near the end is kind of heart-breaking.

If Alex ever consented to an interview, I would ask him for certain if Byron is a gay man. If he said no, then I truly would be surprised because then all of this would just be a coincidence with an "aww shucks...I just wanted to write a story about a pilot" and I honestly wouldn't be impressed by that at all. But as it stands now (without knowing that)...I'm awarding this book a perfect 5. :)
Posted by Michael Offutt, Phantom Reader at 2:15 AM