And the winner of the Amazon gift card is 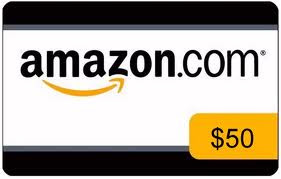 Well I'm back from the Consumer Electronics Show, and I'm ready to start paying all the bills that are pouring in from my Vegas trip because I didn't stick with just what my work was willing to pay. I took one day of vacation and then splurged on Vegas shows and some fine dining. Yes, I had a very nice vacation, but there were some pitfalls, and I'm going to tell you about them so that you don't experience the same thing if you make it to Vegas.

My first bit of housekeeping involves giving away the $50.00 Amazon Gift Card for the tweet support I received from my friends because of this post HERE.

I'll send you the gift card via email on Monday.

Okay, so the low point of my trip really was the place where I was staying, i.e., the Mirage Hotel and Casino. Right off the bat, the front desk person was snippy and could answer none of my questions about the CES shuttle service. In fact, she seemed clueless that there was even going to be a convention in town. Then in order, this is what I got (I attended the conference with friends):
* The Mirage did comp the spa visit and also took off the $25 a day resort fee as an apology.

Today I'm at Alex J. Cavanaugh's blog. Please go read my post if you have the time. You can find his blog HERE.

I'm also at Charity Bradford's Blog. You can find that post HERE. Please visit both if you can because then the lottery fairies will bring you millions of dollars in power-ball money*

*Disclaimer: If you believe this, you should also look into a bridge I have for sale in Iowa.
Posted by Michael Offutt, Phantom Reader at 12:04 AM

Email ThisBlogThis!Share to TwitterShare to FacebookShare to Pinterest
Labels: And the winner of the Amazon Gift Card is, Tableau, The Mirage, The Wicked Spoon, The Wynn, Wazuzu, Wing Lei