Can Supernatural reinvent itself? 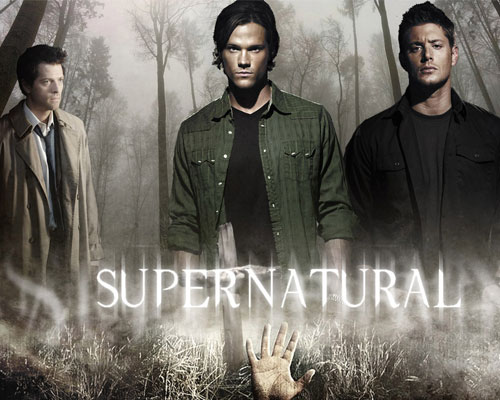 I thought the first five seasons of the television show, Supernatural, were pretty spectacular. And then in the sixth and seventh season, the good story kind of got lost in a whole population war thing where all the souls in purgatory were at stake and could tip the balance of power in favor of heaven or hell. I didn't really like how that whole thing got executed as the villains ended up being mostly "meh." Plus they killed off Bobby. I rather liked Bobby, and thought he brought a certain direction to the show.

In last night's episode of Supernatural, I thought this is just going to be more of the same: either a monster of the week or some lame episode where the prophet translates some gobbledygook, and it ends up having some catastrophic consequence that really isn't all that catastrophic since it can be solved in a single episode.
But I was wrong. They opened up a whole new storyline that really has me intrigued. Crowley (who's the king in hell now and has been since Lucifer got locked up with Michael at the end of the fifth season), was torturing Samadriel, an angel that looks like a kid in a "Wiener Hut" uniform (fast food equivalent of Weinerschnitzel). They were corkscrewing his brain and uncovered some basic "angel programming" that eluded to an "angel tablet." So far in the series, we know of a demon tablet that if used, can lock all the demons up in hell (a good thing). Well the angel tablet can supposedly do the exact same thing (keeping all the angels locked up in heaven) which is bad if you consider that demons will run amok on the world unchecked.

I like where this plotline is going, and it seems odd that they are introducing it so late in the 8th season. I mean how long can the CW keep milking this series along? I guess it's one of their more popular shows so perhaps ten seasons just like Smallville? I bet Jensen Ackles had no idea that Supernatural would occupy such a huge portion of his acting career.

I love analyzing the writing of this show. I think that most of us that write in the paranormal genre start with characters just like Sam and Dean and then struggle to figure out what Sam and Dean should do. We create bad guys and then create maybe an object or a person or a thing that everyone wants. If the wrong group gets it, then all hell breaks loose (and thus a source of tension for the story). And despite being used over and over again, it is still intriguing if done right. The question that tugs at my mind is this: Can Supernatural reinvent itself using this technique? My initial reaction is yes. I guess I'll have to keep watching to see.

I have to admit that I am attached to Sam and Dean, so it's what keeps bringing me back to the show. 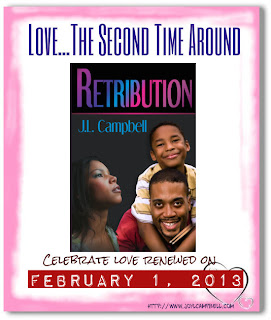 Prolific Jamaican author, Joy Campbell has a blogfest that actually ends on February 1st. To participate, she wants your most interesting stories of people taking another shot at a relationship. And these stories must be posted by the February 1st deadline wherein they will all be judged and a prize awarded: $10.00 Amazon Gift card. You must also link your story to her blog which you can find HERE.

In 500 words or less (fact or fiction) you tell the reader why the couple broke up and why they feel compelled to get back together. You must also indicate whether you are posting in the fact or fiction category. I'm going to write a funny post...like maybe why Mike and Ike (the candies) got back together after their breakup.

If you have the time, please stop by Joy's blog today as she's one of the last to host me in my book tour which is ending soon. Again, her blog can be found HERE.

Have a great Thursday. I hope you don't catch a cold, because I caught one and my head is so stuffed that my eyes water.
Posted by Michael Offutt, Phantom Reader at 12:07 AM

Email ThisBlogThis!Share to TwitterShare to FacebookShare to Pinterest
Labels: Can Supernatural reinvent itself, Dean Winchester, Joy Campbell, Love the second time around, Retribution by J.L. Campbell