The ever-evolving opinions of society have made me more secure when talking about my love for fantasy books and Dungeons & Dragons in particular. 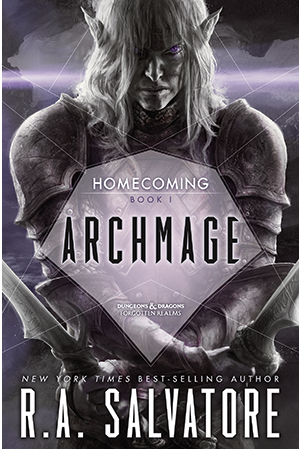 In my youth, being a nerd wasn't a good thing. If you were a nerd, you stood a good chance at getting taped to a pole, ridiculed for reading fantasy books instead of things that were considered intellectual like the Scarlet Letter or anything that Hemmingway wrote. And yeah, playing games like Dungeons & Dragons branded you as a Satan worshiper. You just didn't talk about it if you wanted to keep your books (some parents who found out their kid played D&D would throw their books in the trash or burn them). Others would simply punish them, keep them from hanging out with "bad influences," and increase the amount of time their children spent doing church activities.
That being said, I recently got back into playing Dungeons & Dragons. I used to play it about ten years ago and then quit. With the release of Fifth Edition from parent company Wizards of the Coast I figured that now was as good a time as any to learn the new system and see how much things had changed since the last time I played. I gotta say, I've been having a really good time and as a bonus, I've been making some new friends that are fellow nerds/geeks. This is always good as it's more difficult to make friends as one gets older.

Last night, the new R.A. Salvatore book that accompanies the release of the "Rage of Demons" storyline got released (it's called Archmage), and I downloaded it onto my iPad to read. This book comes along at just the right time for me, what with my renewed interest in fantasy tabletop games and all things "dark elf."

The gist of the story is that in the Forgotten Realms (the fantasy setting for Dungeons & Dragons) all of the communication that transpires between the underdark and those living on the surface suddenly goes quiet. Of particular interest is a drow city by the name of Menzoberranzan: a place that's huge by medieval standards and even more compelling because it's miles underground. As one of the greatest drow cities (that's the race of the dark elves), the overwhelming silence and disappearance of merchants that travel the highways of the underdark is troubling.
What basically happened is that a spell cast by one of the most powerful wizards in the city went awry. Intended to seal the power of the drow for good, the spell instead opened a permanent portal to the Abyss, an alternate dimension where the most powerful demons in the mythology happen to reside. So naturally, all of these demons poured through the opening and into this dark elf city.

The cover of the module (to be released later this month) called "Out of the Abyss" (and released in conjunction with Mr. Salvatore's first novel in a brand new trilogy detailing the events I'm telling you about here in this post) features a creature called Demogorgon, a.k.a., the prince of demons. He's a two headed monstrosity that towers some twenty feet tall; the cover illustration shows him tearing down the many structures of Menzoberranzan like they were toothpicks.
It's exciting especially considering how powerful and evil the drow actually are as a race. For them to be confronted with something that's even mightier (and possibly more evil) rings of poetic justice. But it could also mean apocalypse for those who call the surface home. I mean, once Demogorgon and his cronies finish the drow off, what's to stop them from pouring out onto the surface world and wreaking havok there? It's just the kind of excitement I was looking for, and it's refreshing that I can feel so comfortable sharing it with you without the feeling of being judged. So yeah that's what I'll be reading this week. :)

I'm glad that I live in the time of evolving opinions. It makes bearing one's true self to society so much easier. And thus, I suppose, it is just another example of how a once insecurity becomes a security once broad acceptance of one's differences is achieved.
Posted by Michael Offutt, Phantom Reader at 12:05 AM

Email ThisBlogThis!Share to TwitterShare to FacebookShare to Pinterest
Labels: Archmage, Demogorgon, Dungeons & Dragons, R.A. Salvatore, The ever evolving opinions of society have made me more secure when talking about my love for fantasy books and Dungeons & Dragons in particular