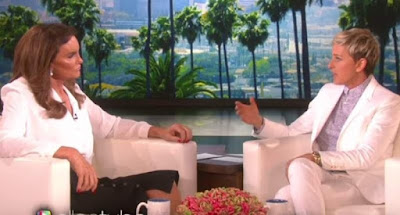 I'm sure that you (like me) have been following (either to a greater or lesser extent) the transformation of Bruce Jenner into Caitlyn Jenner. If not, you've at least probably heard of it whether or not you actually care. I wanted to speak out about one thing in particular with regard to Caitlyn Jenner, and that is that she has been gaslighted. Because of that I don't think she's the best spokesperson for the queer community. This became all too clear on an interview Caitlyn did with Ellen on her show that aired September 8th. Caitlyn told Ellen "I'm a traditionalist. I'm older than most people in the audience. I kind of like tradition, and it's always been a man and a woman. I'm thinking, I don't quite get it." Ellen's response was perfect on Howard Stern when she said, "She [Caitlyn] still has a judgement about gay marriage." This despite her being a part of the community. Sigh.

Gaslighting. Are any of you familiar with the term?

Gaslighting is a form of mental abuse. It's essentially the attempt of one person to overwrite another person's reality. Gaslighting does not require deliberate plotting. For example, every time an obvious hate crime is portrayed as an isolated case of mental illness, this is gaslighting. The media is saying to you, what you know to be true isn't true.

Gaslighting does not always involve anger or intimidation. And a person that is engaging in gaslighting does not simply need to be right, they also need for you to believe they are right. It's an especially terrifying tactic because the manipulation makes a victim feel as if they cannot trust their own mind, that their memories and experiences are not valid or trustworthy, and that their reactions are illogical and irrational. Common ways to gaslight someone are using terms like:

"You're always making something out of nothing."

Gaslighting. It's awful, but it happens every single day. I guess my only point in bringing this up is that Ellen is spot on and should continue to be influential as far as queer politics go. But Caitlyn is not a reliable spokesperson. She's clearly been gaslighted, and I think that once this has happened to you it makes it very difficult for a person to stand up for others when they're having trouble finding the strength to even stand up for themselves.
Posted by Michael Offutt, Phantom Reader at 12:14 AM