Author Pat Dilloway has a new book coming out called Justice For All and I really love the cover. 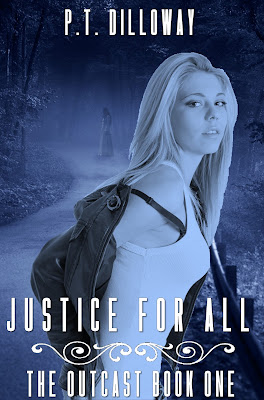 My good friend Pat Dilloway is taking over my blog today to show everyone the cover for "Justice for All." I gotta say, Pat, your skills at making a cover are getting really good.

Justice for All (The Outcast Book #1)

by P.T. Dilloway
Robin Howe was a normal teenager until her police captain father is killed by henchmen of the evil Madame Crimson. When the justice system won't take any action to avenge her father, Robin takes it upon herself. Except her first attempt leaves her nearly dead and with Madame Crimson's people on her tail.
To protect Robin, her father’s former partner gives her a new identity that sends her to St. Martha’s Academy for Young Ladies in rural New Hampshire. There she tries to keep a low profile, which isn’t easy when Madame Crimson’s spoiled daughter Tonya takes a special interest in making Robin’s life there a living hell. Yet when a rival gangster tries to kidnap Tonya, Robin has to embrace her heroic destiny.
Buy the ebook for $3.99 here (http://www.amazon.com/gp/product/B0150SJO8U) or the paperback for $12.99 from Createspace (https://www.createspace.com/5724918) 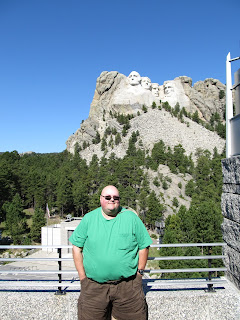 Author bio:
Patrick "P.T." Dilloway has been a writer for most of his life. He completed his first story in third grade and received an 'A' for the assignment. Around that time, he was also placed in a local writing contest for a television station, receiving an action figure in lieu of a trophy, thus securing his love with the written word. Since then, he's continued to spend most of his free time writing and editing. In the last twenty years, he's completed nearly forty novels of various genres. When not writing, P.T. enjoys reading and photographing Michigan's many lighthouses. In order to pay the bills, he earned an accounting degree from Saginaw Valley State University in 2000 and for twelve years worked as a payroll accountant in Detroit.
Posted by Michael Offutt, Phantom Reader at 12:10 AM