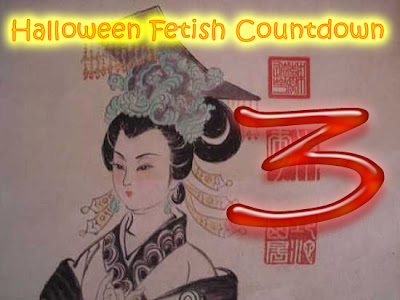 From Wikipedia -- Acrotomophilia (from the Greek akron [extremity], tomein [to cut] and philein [to love]), refers to a paraphilia in which an individual expresses strong sexual interest in amputees. It is a counterpart to apotemnophilia, the sexual interest in being an amputee.

Do you fantasize about rubbing nubs? I think out of the two of these, apotemnophilia seems the worst because it's the desire to have healthy limbs cut off. There are a handful of people that have had limbs permanently removed in order to better suit their fetish. If I were a doctor, I'd have a serious issue with this kind of request.

Have a great Thursday
Posted by Michael Offutt, Phantom Reader at 1:46 AM