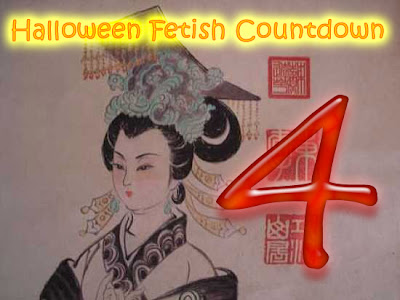 From Wikipedia -- Symphorophilia is a paraphilia in which sexual arousal hinges on staging and watching a disaster, such as a fire or a traffic accident.

The term was coined by John Money in his 1984 paper Paraphilias: Phenomenology and classification, formed from the Greek root "συμφορά" ("symphora").

A special form of sacrificial paraphilia, for which a suitable name is symphorophilia (being erotically turned on by accidents or catastrophes), culminates in an arranged disaster, such as an automobile crash. Like a game of Russian roulette, it may end in death — alone or with the partner. However, flirting with disaster, rather than suicide and murder is the trigger responsible for autoerotic arousal and excitement. Being the daredevil who will live to risk a love-death again is an essential part of this paraphilia.

As a photographic print is the positive made from its negative, so also the positive of self-crashing is arranging for a disaster to occur on the highway, and then watching the carnage from a pre-selected observation post. Disasters other than on the highway may be arranged — catastrophic fires, for example. For those members of the general public who have a touch of sadomasochism in them, disaster as an unrehearsed event is often a large part of the appeal of entertainment stunts and sports, from the circus to stock-car racing.

My commentary: I think this is a very dangerous fetish. The idea that someone could intentionally create a horrific accident so that they could get off is disturbing and incredibly scary. And this fetish is REAL. It'll make you think differently next time you see a terrible accident where multiple people may have died. You may ask "did someone plan this?" 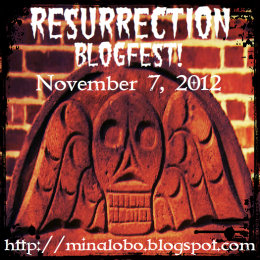 I want to give a shout out to Mina Lobo who is having a "Resurrection Blog Fest" on November 7th. Please check it out HERE and sign up if you are interested in participating. Have a great weekend. On Monday, I'll be participating in the release day blitz for Laura Eno and her book "Wish."
Posted by Michael Offutt, Phantom Reader at 12:47 AM