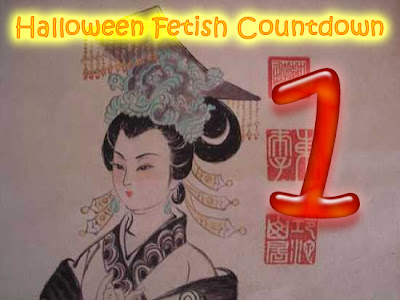 From Wikipedia -- Vorarephilia (often shortened to vore) is a paraphilia where arousal occurs from the idea of eating, or being eaten by, another person, by an animal, or by a plant. The fantasy may sometimes involve the victim being swallowed dead or alive, and may or may not include digestion.
Ever heard of Armin Meiwes? He's serving a life sentence in Germany after he killed and ate a willing victim that he met over the internet. The case got a lot of attention as people debated whether it was truly murder given the victim's conscious consent to the act. Here's the link to his Wikipedia page.

Can you believe that this fetish is real? That there are actually people out there who want to get eaten because it is arousing? Clive Barker could not top this real life story.

That's it for today's entry. I hope I didn't scare you too much.

On Monday, I'm hosting author Patrick Dilloway as part of his blog tour. So you'll have to wait until Tuesday for number 2 in my Halloween Fetish Countdown.

Have a great weekend.
Posted by Michael Offutt, Phantom Reader at 2:50 AM