The After by Briane Pagel 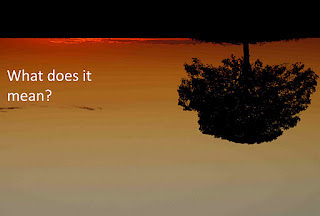 In life, death is one of the greatest mysteries. The After by Briane Pagel explores the notion of an afterlife and gives us a tale of people who were taken too soon from this world.

His holiness, the Dalai Lama says, “I believe that the very purpose of life is to be happy. From the very core of our being, we desire contentment. In my own limited experience I have found that the more we care for the happiness of others, the greater is our own sense of well-being. Cultivating a close, warmhearted feeling for others automatically puts the mind at ease. It helps remove whatever fears or insecurities we may have and gives us the strength to cope with any obstacles we encounter. It is the principal source of success in life. Since we are not solely material creatures, it is a mistake to place all our hopes for happiness on external development alone. The key is to develop inner peace.”

In a beginning that smacks of the Tobey Maguire flick, Pleasantville, Saorise becomes self-aware in her own home, at a table of perfect children and a perfect husband. This is a place where what she may subconsciously wants seems to come true, even if what she consciously desires might disagree with this notion.

At some point, in a conversation with Ansel--her handsome and kind husband--she arrives at the conclusion that they are all dead. Saorise doesn't remember her death. But this doesn't matter, because it is the only explanation that makes sense.

And thus the tale unfolds. Through seemingly random, chaotic, and unpredictable events, she meets people in a world made as lovely as strolling through a field of golden grain at the end of summer. It's surreal, much like the feeling I get from gazing at a painting by artist Brett Cushing entitled "The Departure of Summer." It leaves me with a soaring sense of melancholy. The painting has storm clouds on the horizon and birds in the sky. I think, "those birds are rising before a hot wind and see all the world in its beauty before winter comes." And death is the winter of our lives.
Saorise has so much love for her husband and her babies that living with them is the only "heaven" possible for her. But as she begins to question what is going on, her subconscious desires to know the truth. And "The After" obeys by unraveling the events of her own demise even as she gets closer and closer to the actual Tree of Knowledge at the center of The Garden of Eden.

Her guide in this journey IS her subconscious, manifested as William Howard Taft, a man that at first seems to be the villain of the story, yet (in my opinion) represents something entirely different. In life, Taft was President of the United States. In death he is also a leader, though of a different sort.

As I read Pagel's tale, I became more and more aware that in every scene Taft entered, he prodded Saorise to uncover more truths of her existence. He served as the motivation for her to find the Tree of Knowledge which is on the verge of bearing fruit. This begs the question: what happens when someone eats the fruit? The notion of "Can humans get kicked out of the Garden of Eden twice?" surfaces more than once.

But here's the thing, Saorise doesn't need to eat the fruit to know "everything." By the time her journey to the Tree of Knowledge ends, and she settles down at its base, Saorise knows all that she needs to know in a deeply satisfying ending that says paradise is what you make of it and that only through living one's life is one capable of understanding the Grand Design (if there is one).

For Saorise, the Grand Design was finding love while alive and being in love with Ansel.

Saorise's epiphany is three-fold. She learns:
1) That everyone's "After" is a reflection of what we are unable to let go of in life.
2) That when we die, we are allowed to return to "The Garden of Eden."
3) That on the way to Florida, their plane fell out of the sky, and she and her children burned to death leaving their husband, a lone survivor, all alone in the world to deal with the grief.

And at the end of the novel, Pagel tells us of Ansel's fate (and it's something we suspect we knew but didn't want to see happen because he's just that beautiful).  Ansel's body survived that plane crash, but despite counseling, his mind could not live without those he loved. All alone, heading toward a farm house that he and Saorise saw once from the road, he pulled over for the night.

And he killed himself using prescription sleeping pills.

It is a profound moment in the book when Saorise realizes how much Ansel loved her. And she hugs him and kisses him and says, "Oh...Ansel." And in those two words, we know all the beauty that we need to know. That life ends, but love it seems is everlasting.

I really encourage you to pick up a copy of The After and read it. This book is well deserving of its five stars for emotional, well written characters, and a story which is so sad and beautiful at the same time, that it will leave you pondering the pages well after you have put down the book.

Purchase The After at Amazon for only 99 cents HERE.

Thank you, Pagel, for such a great story.
Posted by Michael Offutt, Phantom Reader at 12:12 AM