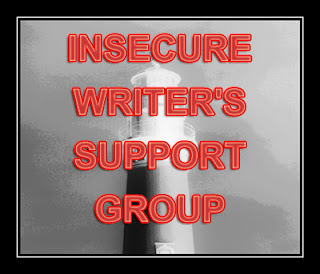 Today I wanted to talk about unwelcome comparisons that reduce your work and originality to a pile of crap.

Yesterday, I put up a picture of my character, Jordan, that I drew myself (completely from my imagination) and posted it online. I went for a walk with a lady that I know, and she asked to see it. When I showed her using my cell phone, the first words out of her mouth was, "I didn't think you could draw something like that." Followed quickly by, "It looks EXACTLY LIKE so-and-so."  Now "so-and-so" is a 35-year-old man that she works with that she thinks is hot. And although she may think he looks young, to me he looks 40.  Sorry Mr. so-and-so, you look forty. Things are a saggin'. Gravity (as we say in the physics world) is a relentless bitch. My character is 18-years-old. Ahem *hand on hip (yes I had attitude at that point.)

I was like, "What the f*ck? They don't look anything alike." At which point she was mortified that she'd insulted my picture because I wasn't on the same page as her, and I WAS PISSED OFF because she took something that I'd created and said it looked like something or someone it clearly wasn't.

Ladies, imagine making a dress and taking the time to make it look the best you could possibly do with your talent and then have someone come in and say, "OMG, I saw this same pattern in Doris' house down the street so you must have copied that. It looked great over there, and it looks great here." But you know that your friend is "mistaken" because it isn't the same pattern. They're totally different. The only thing that's the same is the fact that both are "dresses." And then an argument ensues because you are insulted.

For the nerdy guys...here's an example for you to help better explain. You spend all this time making a Magic: The Gathering Deck to play in a tournament, and then someone says, "Oh you copied that from some online forum. Tell me where it is so I can get the breakdown and copy it too. It plays great." And then you KINDLY explain to them that you stayed up all night play testing cards and these were the best combos that you could come up with.

I had one book blogger say, "Michael Offutt's Slipstream is a knockoff of Stephen King's 'The Dark Tower' and King did it better." I've read "The Dark Tower" and my book is NOTHING LIKE IT other than the fact that both have "towers" in them. If that's the case then how is "The Dark Tower" not a knock off of Tolkien? Tolkien had towers before King did. No one in my story is the man in black. No one is the Gunslinger. No one is Jake, the kid from earth.

My point is that there are clear knockoffs (and plenty of them out there), but it IS possible to have an original idea that hasn't been done yet (contrary to popular belief). I think it's bullshit that people say that. They say "There are no original ideas." Whatever. Just none you've ever heard, so you dismiss them as unoriginal. True, there will always be elements to a story that need to be borrowed from pop culture and lexicon. There's no getting away from language and images that all humans share. But I hate it when some person (and probably not all that well read) skims something probably not devoting too much time to it, doesn't wait for the climax for all things to be explained, and then dismisses it as a hackneyed copycat of something else.

My book has been called "weird" and "strange" and "bizarre" by reviewers. I take those as compliments, because it means that people who have absorbed what's going on in the story, and haven't been derailed by the occasional typo or misplaced/missing comma, will see that it's something they've never seen before. And I take pride in that, and yeah...it was really f*cking hard to sell. Publishers don't want weird. They don't want strange. They don't want different. That's because they don't know if it will sell and if people will even like it. People tend not to like "weird". They tend to not like stories that clash genres. Because "genres" are sacred to them. It's how you've been taught.

But I seriously have contempt for genres. And it shows in my writing.  I take young adults and make them have graphic sex, throw them into hard sci-fi with no promise of a romance, and do it all in third person omniscient. I'm okay with people staring at my baby and whispering words like "What the hell is that exactly? I've never seen anything like it. I don't know if it's beautiful or ugly or WTF is it? Is the author insane?" Yeah, I'm okay with that.

What I'm not okay with is comparing it to something that is out there as if I couldn't come up with an idea of my own and needed to rewrite someone else's plot. My co-workers say (as if they are thinking that this is a shoe-in) "Mike, rewrite Twilight." As if I'd even want to do that or even could. I can't write like that. And it's insulting for people to suggest that I should try. But I guess it's all about getting the snicker in on my behalf, or rather, snickering at me behind my back.

The few friends that I've had in my life said that I was born with an incredible imagination that blew their minds wide open whenever they sat down and talked to me about stories. My parents said I had an overactive imagination. Maybe that does NOTHING for stories in today's world where the demand is for two hot guys and a girl in a love triangle. But IT IS THE ONLY THING that I have that I truly call my own. And I will never ever rewrite someone else's story. That's just not how I roll.

So yeah, if you were to ask me, "Mike do you think you write original stories?" I would say, "Yes. I think my stories are fairly original. Maybe not 100%. But I think they're in the 80% range of things you've never seen before." Is that arrogant? No. It's just what I think. I may not be the greatest word smith, but I have a lot of ideas and always have had them even when I was little.

And here's where I say, you do too. Stop listening to the lies. Yes, there is such a thing as genius. It's rare, but some people have it. Some people can be brilliant. Some people can think of things no one else has thought of before. But there's some bizarre thing about our culture that almost shames smart people. Like, it's not okay to be smart (think of Rick Santorum calling Barack Obama a snob--a thing brought about because Obama is SMART). It's not okay to be brilliant. When you pop off with an idea that no one is heard of, there are all kinds of people just waiting to tear it down. I wish America would stop attacking smart people and start listening to them. Maybe we wouldn't be in such a mess.

There are lots of ideas in the independent presses that I've been reading that don't match up with anything I have read before or seen before from both men and women. Some are really brilliant.  Maybe these authors' babies got called ugly and weird too and agents didn't know what to do with them, so they got rejected. Yes, you CAN have an original idea and get absolutely no reward and no money for it. Just because someone has money does not make them smart. But don't allow people to belittle your project by saying that it's a knockoff of someone that made it big. That's just adding insult to injury. Stand up for yourself and tell those people to F*CK OFF.

You have my permission to be smart. And I'm not going to call you arrogant for doing that. I like smart people, especially if they are smarter than myself. Stop being ashamed of your intelligence.

*end rant
Posted by Michael Offutt, Phantom Reader at 12:03 AM

Email ThisBlogThis!Share to TwitterShare to FacebookShare to Pinterest
Labels: A rant about unwelcome comparisons to my art, Insecure Writers Support Group