Can you do me a goodreads favor?

So the social networking site for book lovers called Goodreads has these lists for books (you may have seen them if you are on that site), and I'm tired of "Slipstream" being mediocre in all of them. Just in one, I would like to be higher, maybe even number one. So I picked out one that I think isn't going to step on any of my fellow author's toes (at least the ones with whom I regularly network).

It's pretty straight forward. "Best Science Fiction Books with Gay Main Characters." Like...the number one listing HAS ONLY 27 votes. I think I could totally own this list with a little help from my bloggy friends (that being you).

Ahem...so here's the favor. And it's really simple. IF you have a goodreads account (just to make it clear, I'm not asking you to go and sign up for another social network)...could you please go to the link and just vote for my book. That's it. One little click. I'm currently ranked number 78 and the list really isn't all that long. I even provided the link and circled the button in blue and included a picture of what it looks like up top so you won't be confused.

And just maybe, by the end of the day, I won't be so mediocre in the listing. I might move up!

What I will do for you in return:
1) If you indicate that you would like me to bump your book up in a list, let me know in a comment and I'd be happy to cast my vote cause chances are, we aren't competing in this one. As far as I know, I follow 600 some odd blogs and no one has a gay main character in a sci-fi book. Only straight people write books and they only have straight protagonists pining for straight white men or a straight woman (here's looking at you, Alex ;)). There's nothing wrong with that. It's just my observation with some hyperbole thrown in for good measure. So Jordan (my protag) is kind of like spotting the Loch Ness monster.

What do I expect to accomplish by asking for this? Nothing. But I'll get to be a big pickle. And I shall be a pickle like no other pickle has ever been before! 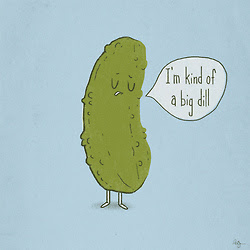 But because you know my secret, you can always say... 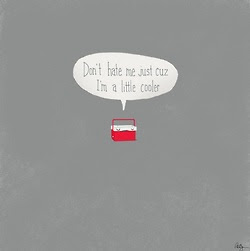 Have a great Wednesday.

Email ThisBlogThis!Share to TwitterShare to FacebookShare to Pinterest
Labels: Best science fiction books with gay main characters, Can you do me a goodreads favor, Marketing