Would you ever want a bagel head? 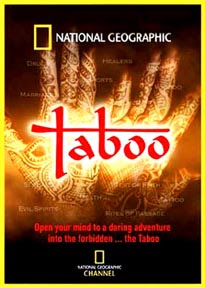 The National Geographic channel explores interesting subjects on "Taboo." And as a caveat to that, "taboo" is basically what "Americans find as taboo" because (let's face it) America is filled with conservative meat and potatoes folks. For example, people are only now just getting comfortable with homosexuality, thanks to shows like Modern Family, Glee, Will and Grace, Happy Endings, and the democrats finally adding marriage equality to their party platform. Americans still have many taboos. However, I did wonder if body modification is one of them. It's easy to find people that have piercings. I guess "taboo" applies to the kind of body modification we are talking about, right?

Well, earlier this month, National Geographic took a look at a body modification that's enjoying increasing popularity in Japan. In a procedure that makes me cringe, people willingly have saline solution injected into their foreheads. One guy that had this done asked, "Is water dripping down my face?" But the person administering the saline said that was probably on the inside of his skin. So hmm, would you ever want a bagel head?

I have to admit, this kind of thing is creepy to me. But I would not judge someone negatively if they wanted to try it. I strive to keep as open a mind as I can. But I have to ask...how do you feel about body modification? Do you have any characters in your books that are into body modification? And if you do use body modification in your fiction, do you show it in a good light? Or would you choose to use it to make your villain disgusting?
This last question, that of using "body modification" to make a villain disgusting, is an unfortunate stereotype in many films. The one that most readily comes to mind is the villain in the movie "300." But there are others for sure, think "The Cell" or "Silence of the Lambs."
The only time in fiction that I can recall a hero having extensive body modification is in the case of Wolverine, and what happened to him ended up being kind of cool even though the idea of it is horrific. An adamantium exo-skeleton is something you could build an entire series on, right?
Posted by Michael Offutt, Phantom Reader at 12:08 AM

Email ThisBlogThis!Share to TwitterShare to FacebookShare to Pinterest
Labels: National Geographic Taboo, Wolverine, Would you ever want a bagel head, would you use body modification to make your villain disgusting, Xerxes 300