Mind control is the most troubling super power 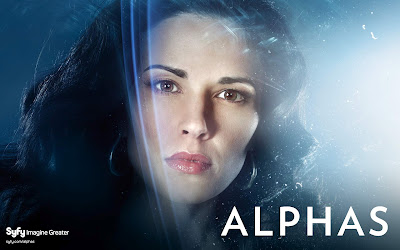 Kahlil Gibran who lived from 1883 to 1931 was a Lebanese-American writer, poet, and artist. He has many famous quotes, but the one that I remember is this:


“If you love somebody, let them go, for if they return, they were always yours. If they don't, they never were.”

But what does this mean? Well, aside from the fact that there is no force in the universe that can make someone love another, I think it also implies that freedom of choice is one of the most intrinsic and important human values. Fair enough, right?

However, as much as you might think this is beautiful and true, it flies in the face of actual human nature. We are internally programmed to seek out and reward those who agree with us, and to punish those who do not. In other words, in practice, we really don't like choice UNLESS that choice agrees with us. Allow me to explain by telling you about the research of Professor Karen Wynn of Harvard University.

Dr. Wynn has found (by studying babies) a kind of preferential mental processing that begins before the first birthday. As children grow older, things as simple as the likes and dislikes of food to the color of an individual's skin lead to decisions of inclusion and exclusion, growing ever more complex. These biases and preferences sometimes assert themselves in the rise of regimes that demonize and dehumanize "others" who are outside their own group. This lies at the root of catastrophic human events like social ostracism, genocide, and slavery.

On Monday night, I watched the newest episode of "Alphas." The lady in the picture at the top of this post is Nina, and her special power is mind control. Monday's episode was all about Nina, and how she abused her "mind control" power all of her life. As a young girl, her parents were going to split up, and she mind controlled her father to make him stay. The result was the fighting between mom and dad continued, and it eventually led the father to kill himself.
The boy she fell in love with disagreed with her and she "almost" mind controlled him but stopped herself just before she went through with it. But it frightened the boy so much, it damaged their relationship forever. She never forgot him and looked him up years later.  A young man, he had become a father and husband. What did Nina do? She mind controlled him again so that he would leave them and run away with her. She eventually realized that she had done a terrible thing and let him go. After that, she tried to commit suicide. "I am a bad person," she said.

No. Nina, you are not a bad person. Humans in general are bad. You just got an ability that accommodated your natural desire.

All week I've been shaking my head and wondering why mind control is even a super power? It's a curse. If you had mind control, the only result would be to use it to get your way. This is what all of us want. Yet it defies what Mr. Gibran would call one of the most important and intrinsic human values. Choice.

And the real rub in this thinking, is that many of us want both of these conditions at the same time. We want absolute freedom, yet we desire the company of those who share our same beliefs and visions.

In comic books, none of Superman's powers have drawbacks. Super speed, strength, agility, eyesight, hearing...all of these things are useful. None of them have a negative side. I think the history of mind control studies point to a clear fascination by humans who have desired this ability. In America, freedom has been packaged, sold, and labeled in red, white, and blue. But I ask the question, how many Americans would secretly love to have Nina's mind control ability if they could? And how many would use it while wearing t-shirts that tout "home of the free and land of the brave?"

I think mind control is the most troubling super power.

If you could have mind control as a super power, would you take it? And how do you think you would use it? Would you be able to keep it under control the moment you didn't get your way in something? I look forward to reading your comments.
Posted by Michael Offutt, Phantom Reader at 12:02 AM