Science fiction can predict the future 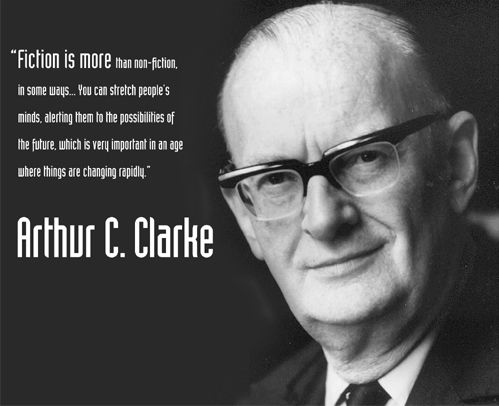 Prior to his death, Carl Sagan claimed that science and science-fiction kind of do this dance with one another. Jules Verne invented an atomic submarine way before one existed. Michael Crichton took genetic engineering and gave us dinosaurs. William Gibson saw what was happening in the eighties and coined a term, "cyberspace". You may have heard of it.

Anyway, I got sent this tweet yesterday by my good blogging friend Callie Leuck:

@nasw blurb: "substances in the blood of the young may be able to rejuvenate aging bodies." - @MichaelOffutt you knew?! http://tiny.cc/16xkiw

I have to admit, I thought "this is cool." One of the things I write about in my book is "liquid life", a drug taken from the young to essentially rejuvenate the bodies of the old. It's so valuable, it drives the economy of Avalon (the mirror world of Earth). Basically, currency has a "value" in that world because it can theoretically be exchanged for liquid life (much the same as the currency in the U.S.A. used to be based upon a gold standard).

Just to be clear, I'm not saying I'm a science-fiction writer with the same talent as any of the aforementioned names. But it does validate me in one way: to know that I predicted something I didn't know about and that it's the newest thing being studied by scientists at Stanford.

So in a way, science fiction can predict the future. Who knew, right?

I think that's the "hallmark" of someone that writes science-fiction, and I'm happy to be a part of the dance which Sagan talked about, even if my part is minuscule and unknown.

Have a great Monday :) Thanks Callie for the tweet!
Posted by Michael Offutt, Phantom Reader at 12:18 AM