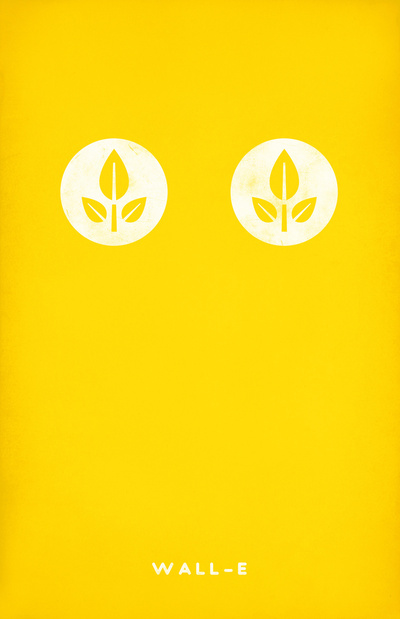 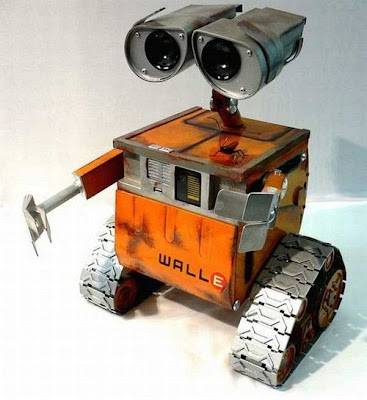 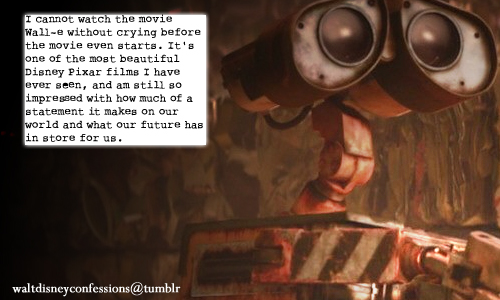 I think the deepest themes in Wall-E revolve around the color yellow.  Yellow is the sun and it brings the earth life. Wall-E's boxy body is yellow. And one of the promotional pictures that Pixar did for the film was done in Yellow above.

When I think about the them in the film, I think about abandonment. There are lots of examples in real life of families abandoning their children. Oftentimes this happens when a child's sexual orientation is discovered. Here in Utah, gay children are often left to fend for themselves--kicked out onto the street by their parents who are embarrassed, ashamed, and fear that they will be ostracized by their christian community. So in a way...yellow here is cowardice.

In Wall-E, perhaps the color yellow is a symbol of how the human race failed to deal with its pollution problem. They cowardly hid from it within a spaceship, and left a child (robot) behind to process the garbage and to report signs of life that would someday return to the earth.

Yellow is a powerful color. It can be a powerful symbol. However you choose to interpret Wall-E, I think that it sends multiple messages of warning (warning signs are painted in yellow). If anything, we can learn a thing or two from Pixar. These cartoons are not just made for kids.
Posted by Michael Offutt, Phantom Reader at 12:14 AM