I like writing about sports in fiction. J.K. Rowling did it with quiddich (or however it's spelled). I didn't want to make up a sport because that sounds too hard. So I chose one that I watch and understand. Ice hockey has a role to play in my first two books, and I'd like to explain why.

In SLIPSTREAM, the first book in my series A Crisis of Two Worlds, the entire plot hinges on Jordan getting an invite to a rather exclusive party that squad members from a professional team on an alternate Earth receive. It's his only way to get to a place so guarded, that other "secret agents" who tried to do so just got murdered. The sport you get in the first book is "wayyyy" out there intentionally. The sport you get in the second is down-to-earth, although I write about four separate games and in each one something sensational happens that you would rarely ever see.

In OCULUS, the sequel to Slipstream, Jordan must play hockey to attend Cornell University. Jordan needs Cornell like a man needs air to breathe. It's the only university that has everything he requires for his "quest". They have a particle collider. They have a scientist examining Antarctic ice cores for a climate change model. It really goes well together.

Here's the rub. Cornell has so many applicants every year, that they can pick and choose who they want. They are under no pressure to choose anyone at all. They don't need Jordan, but he needs them. And Jordan isn't rich. He has no "connections".

In the opening chapter of OCULUS, I speak of Jordan's S.A.T. scores. He got a perfect score in math.  But his other two areas were average. What gets him in are his hockey laurels. He gets a "likely" letter from the coach of the Cornell team and it is the coach who gets him qualified for a need-based scholarship (the only kind the Ivies have--they do not offer athletic scholarships).

OCULUS is the book where I amplify Jordan's stress to almost "stroke-inducing" proportions. His pride is to his doom. He won't ask for help. He won't cheat. And he won't take out loans. "Why?" you might ask will a student not take out student loans. 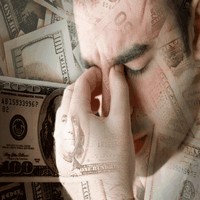 Jordan believes that his quest may kill him before he's 21. He's a proud person. He doesn't want to borrow money and never pay it back. So realizing that the odds are not weighed in his favor, Jordan refuses to borrow money. It's taking the whole "honor" thing to a dangerous extent.

It sounds ridiculous right? But THAT'S how stubborn he is. That's Jordan.

Jordan also knows that the only reason he's even in the college is to play hockey. So he feels that if he doesn't give it 150%, then he lets down someone that had faith in him--enough faith to save him.  Using the particle collider is really his only hope to succeed in his quest, so this is a pretty big deal.

I write with big stakes.  If Jordan doesn't complete his quest in Oculus, it will result in the destruction of Earth and the death of billions of people.

But again...even with all that at stake, he refuses to ask for help.

That's a lot of stress, don't you think?

Anyway, that's the ice hockey connection in my series thus far.
Posted by Michael Offutt, Phantom Reader at 12:39 AM