Cars, Confidence, Communication, and the Celebration of You 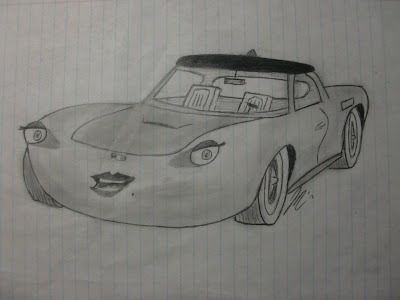 This post is taken from a Tumblr called Long Live Lemons which is no longer around.

"The car who has her headlights as her eyes from Cars 2.

I drew her the way I see her in my mind - beautiful; like all the of the lemons. I even gave her a name, Claudette.

One of the lessons of Cars 2 can be interpreted [as] bullying is a bad thing. The movie gives us the examples of cars from an era of which they just couldn’t catch a break; this is true. The movie shows these characters as what we’re supposed to see as mature men...so it leaves us to believe that their bullying happened the most when they were younger.

As the years passed and they progressed into the adults they are today, they finally broke down...and they took it to drastic measures.

One of my signature things in the Cars fandom is drawing the characters the way they want to be seen. I don’t draw the lemons with rust and angry faces. At the same time, I don’t draw them as incredibly happy cars as well. Here we have a lemon because her eyes weren’t built the way the other cars were built. I guess we should interpret this as a disability. At least, that’s the way I write it in my fan fiction. I didn’t draw her rusty and crazy like the movie portrayed her to be. I drew her casually.

The thing about Cars is that when you change the way they look, you’re changing their character. Each character is made to look a certain way. If people did more research and looked up the meanings of colors, one would find that the color of their paint jobs actually means something that has to do with their personality (besides the tuners and modified cars). I can see how some would think that I change the characters when I draw them the way I do. I agree, I do change their character. I make them more confident, but they’re still the same character.

If you were someone who didn’t feel so great about himself, you would tend to wear clothes that match your mood; your own looks will mimic your own feelings. However, that one day you smile and your clothing and appearance matches your attitude now, does that mean you’ve changed your character? No, it doesn’t. Confidence does not equal a personality change and I say that because people think that moods are the same as personalities. Personalities are permanent while moods are not, no matter how permanent they seem. If you’re feeling sad one day, even if you’re entire day feels like it’s been sad, there was a change in your mood at some point in the day, even if it were for a split second.

I think most people don’t sit there and take the time to analyze the Cars movies. They just see that it doesn’t work and they don’t give it the chance they deserve. There’s a lot to pull from both of them. Yes, I said both of them.

You know what else doesn’t work? Talking toys, fish, rats, and so on. None of it works because none of it is real. This, my friends, is the beauty of fiction. To be able to be pulled into a world that is crazy; that is completely insane. That’s why it’s so fun." 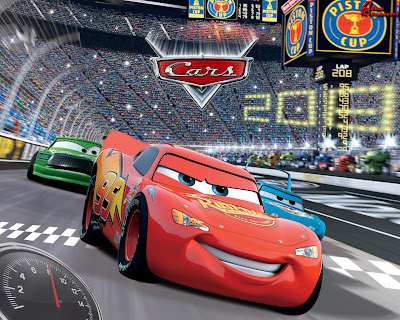 I have nothing to add to this.
I agree totally.
Learn from Cars.
Celebrate you.
Write fiction.
Posted by Michael Offutt, Phantom Reader at 12:11 AM