Thinking About the American Dream

Tonight is the State of the Union address and because of that, I've been thinking about the American Dream. The New York Times recently featured an article with the title "How the U.S. Lost Out on iPhone Work". The complete article can be found online here. I read it completely through, and I wanted to talk about what I read because it's a rather bleak commentary on the disappearing middle class.  By way of Apple as an example of the ultimate capitalist paradigm, the author pretty much tells us why prosperity for the middle class (as was realized last century) is never coming back no matter what politicians want you to believe. If you don't have time to read it, here are my highlights:

1) Barack Obama asked Steve Jobs at a dinner, "What would it take to make iPhones in the United States." The late Mr. Jobs replied, "Those jobs aren't coming back." 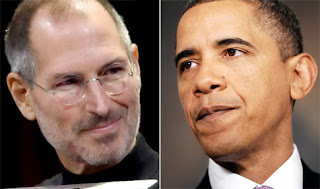 2) Apple’s executives believe the vast scale of overseas factories as well as the flexibility, diligence and industrial skills of foreign workers have so outpaced their American counterparts that “Made in the U.S.A.” is no longer a viable option for most Apple products.

3) Jared Bernstein, former economic adviser to the White House, said “Apple’s an example of why it’s so hard to create middle-class jobs in the U.S. now."

4) FoxConn in Shenzhen built a factory, stocked it with already cut glass to Apple's specifications, and had workers living in dormitories ready to work 12-hour shifts even before there was a contract to work with Apple. They did this to be more appealing to their potential customer, and it worked. This simply couldn't be done in America. 6) One of the selling points for Apple was that China provided engineers at a scale the United States could not match. Apple’s executives had estimated that about 8,700 industrial engineers were needed to oversee and guide the 200,000 assembly-line workers eventually involved in manufacturing iPhones. The company’s analysts had forecast it would take as long as nine months to find that many qualified engineers in the United States. In China, it took 15 days.

7) "[T]he challenge in setting up U.S. plants is finding a technical work force,” said Martin Schmidt, associate provost at the Massachusetts Institute of Technology. In particular, companies say they need engineers with more than high school, but not necessarily a bachelor’s degree. Americans at that skill level are hard to find, executives contend. “They’re good jobs, but the country doesn’t have enough to feed the demand,” Mr. Schmidt said.

8) “We shouldn’t be criticized for using Chinese workers,” a current Apple executive said. “The U.S. has stopped producing people with the skills we need.”

9) In the last two decades, something more fundamental has changed, economists say. Midwage jobs started disappearing. Particularly among Americans without college degrees, today’s new jobs are disproportionately in service occupations — at restaurants or call centers, or as hospital attendants or temporary workers — that offer fewer opportunities for reaching the middle class.

So my question to you is, do you agree with Apple that the U.S. no longer produces a workforce with enough education to meet the demands of technology companies? If you agree, why? Are people just not motivated to go to school anymore?

In number 2 above, Apple basically calls Americans lazy. Would you agree? Are Americans fat cats sitting around waiting for a lot of money for a little work?

Does the item printed in number 4 at all surprise you? That they would stock and build a factory without any promise of money? Is that what it's going to take to be competitive?