The fiction that reflects our troubled times

Is there a more disturbing line in Shakespeare than the one in which Shylock promises to Solanio in the Merchant of Venice when he says:


"If you prick us do we not bleed...and if you wrong us, shall we not revenge?" 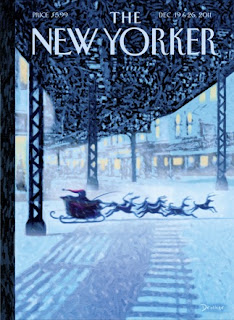 It is a promise, delivered via monologue, that Shylock shall stop at nothing, even if it means to sink to the level of those that wronged him. In my reading of the December issue of The New Yorker, I thought of this line.  It happened when I came across a remarkable story written by Margaret Atwood called "Stone Mattress" which is part of what I see as a new surge or re-invention in crime fiction. I'm going to say that this genre caught fire with Stieg Larson and the publishing of The Girl With The Dragon Tattoo.

If you think about the plot, you know it already. A man terribly wrongs a woman via a brutal rape. The wrong that is done to the protagonist of The Girl With The Dragon Tattoo is the same thing that is done to Atwood's Verna in Stone Mattress. A few generations ago, or even on Law & Order, this kind of story would focus on how terrible the villain is and then follow some law enforcement agent to tracking down the villain and bringing him to justice. Usually there would be some moral authority present to assuage the woman's anger at being brutally violated. 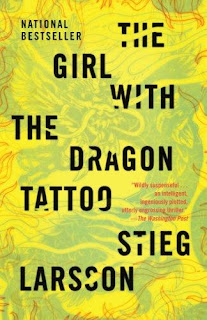 Well this story is cliche and has been reinvented. Now it's all about revenge. The Girl with the Dragon Tattoo empowers herself over her rapist and effectively castrates him (if you consider that rape is not a sexual crime but one of power). Atwood takes this a step further in the Stone Mattress and makes a life-long female serial killer out of Verna. Many of the men that Verna kills are actually innocent of any wrong-doing toward her. Yet she destroys them anyway, because well...she was wronged.

At first upon finishing this story, I wondered if the writer took some sick pleasure in living within the skin of a protagonist in order to experience a complete evacuation of character and complexity. It's a touchstone of moral ugliness the same as a scene from American History X where Edward Norton curb stomps and kills some black gang members when he finds them breaking into a truck left to him by his father. In this case, the justice DID NOT fit the crime. But you can't help but watch because you realize, yes...humans are capable of such things. And therein is the horror. Anger, rage, and hatred that are allowed to flow so unchecked that there is nothing that we can recognize left behind, yet to which any number of us can relate. Is that ironic? That in a state of pure hatred we are perhaps at our most human?

So why are these stories so popular? I would never classify The Girl with the Dragon Tattoo or Stone Mattress as dystopian because I feel that definition applies to "setting" and not "character". Both literary works take place in settings that are no different from what we see every day. If anything, they are stories of an internal dystopian that takes place in the latticework of the human soul. If you were to go into the dreams of these people, would you experience the empty, urban, and utterly Escher-like metropolis that Leonardo di Caprio built in the deepest layer of his subconscious in the movie Inception? Is it because the idea of an "eye for an eye" is no longer acceptable? The United States is a pretty divided place right now. The country has a lot of anger, and based off of the riots that we witnessed in London and the Arab Spring that took place in 2011, I think it's safe to say that the whole world is also pretty angry.

There is no question that rape has a life-altering effect on its victims. But I can't help but wonder if the rise of these kinds of stories are a temperature gauge for the anger felt by men and women the world over who are sick and tired of being exploited, economically raped, and who long for a better life because people finally feel that they can rise up and be successful against brutal oppression. So my question to you is, do you think there is any merit to this hypothesis? And when you write, do you use your writing as a catharsis for the expulsion of feelings and frustrations that you may live with and can find no other outlet?
Posted by Michael Offutt, Phantom Reader at 12:08 AM