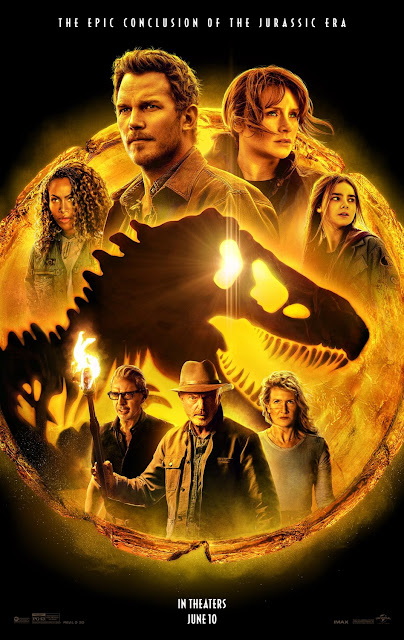 As another Jurassic World roars into the box office this weekend, I realized one thing: I miss Michael Crichton. He was a prolific author that wrote some really interesting books. Among them are The Andromeda Strain, Jurassic Park, Congo, and Sphere, which all went on to become movies. Of course, he penned more than a dozen such novels, but I've only read the above.

Andromeda Strain was the first movie I ever saw that was adapted from one of his books. It told the story of a satellite returned to earth that carried with it a lethal microorganism that killed humans unless their bodies produced a certain anti agent that was produced when humans remained in a distressed and crying condition (a crying baby, and the only survivor of the disease was a huge clue to this). The story was unveiled slowly, and the suspense was built layer after layer as you realized how deadly this thing was, and how the science needed to be perfect in order to solve this problem. There's something cathartic, almost comfortable really, in watching people who are really good at their jobs then go about performing those jobs. It's kind of what draws me to baking shows. I like watching these people who are excellent at what they do then create or "do" a thing. You get a lot of this kind of "porn" in Michael Crichton stories: incredibly competent people solving things that I would never be able to do.

Even though Michael Crichton was a writer of many books, he preferred writing screenplays and directing (the guy was as multi-talented as you can get). George R.R. Martin reminds me a lot of Michael Crichton because of this. And just so you know, Crichton said as much in an interview. The thing I appreciated the most about his writing and the entertainments he created was that his scientific curiosity oftentimes clicked with my own. The stories he wanted to tell created wonder about the natural world in a way that other kinds of entertainment don't really do.

A lot of film (for example) is based upon eye-candy. Attractive leads doing things on screen suffice for a lack of real plot as long as you get some skin. This wasn't the way Crichton created his entertainments. Anyone could be cast in his stories no matter what they looked like, because the story was the most important thing. Everyone remembers (of course) the actors from Jurassic Park. But anyone could have been cast in those roles. As a perfectly constructed movie (plot, run-time, action, special effects, lines, etc.), Jurassic Park was the first story I ever read that gave a plausible explanation of how you could get dinosaurs to coexist with human civilization with very little suspension of disbelief.

Yes, it is still impossible. But the whole cloning angle? That was pure brilliance and way ahead of its time. Science fiction authors like Crichton act as a kind of soothsayer in some ways, hearing snippets and rumors of scientific advancement within a community and asking the question: what are the ultimate possibilities of these new technologies and frontiers? I was so intrigued by Jurassic Park. By comparison, other stories featuring dinosaurs that had people journeying to the center of the earth or finding prehistoric lands via a submarine or going into a mystical cave to end up in the land of the lost, all felt stupid as if the writers of those things had a real lack of imagination. Jurassic Park was a serious explanation of the impossible made possible, and it treated its subject material with this kind of tender care. Steven Spielberg once said of Crichton that he "brought credibility to incredible subject matter."

It's funny to hear about how Spielberg and Crichton collaborated on Jurassic Park. They were friends, and Spielberg kept asking him what he was working on when they met for lunch and other things. Finally, Spielberg pried out of Crichton that he was writing a book about dinosaurs and D.N.A. Crichton literally swore Spielberg to secrecy. And Spielberg was so blown away by the plot that he committed right then and there to direct it. Can you imagine being in that position? One of the greatest directors to have ever lived is your personal friend, and he passionately reads your stories, and you go out to lunch every week and this friend keeps jabbing you in the ribs to tell them what you are writing because you've been "keeping to yourself so much, and I want to know what it is. Please...please...please...tell me." And that pesky friend is none other than Steven Spielberg. Some people's lives are so different from my own it often feels like I live on another planet LOL.

Anyway, that's all I wanted to say in today's post. I miss Michael Crichton, and I'm probably going to go and see the latest Jurassic World movie. It won't ever recapture that "lightning in a bottle" thing that Crichton created with his first story. But it will probably still be entertaining, which is why these things always make tons of money. Everyone likes stories about dinosaurs, because unlike magic and wizards, these things were real at one time. They actually roamed our world, and for some reason that makes a huge difference in our collective ability to experience "Awe."

Posted by Michael Offutt, Phantom Reader at 7:30 AM