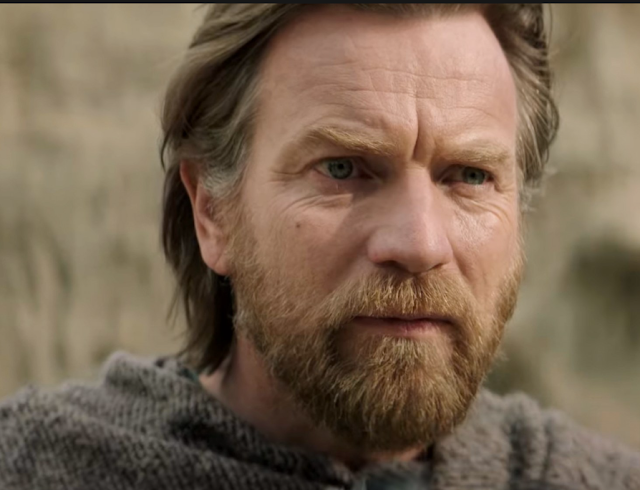 I'm going to talk about the Obi-Wan Kenobi series on Disney +, and there are spoilers ahead. This is your warning.

I just finished up the Obi-Wan Kenobi series on Disney +. Despite my reservations earlier in the series (and Andrew calling me out on being a bit on the harsh side), this series did satisfy me a lot. The final battle between Vader and Obi-Wan Kenobi was really good (as good as the Darth Maul fight in Phantom Menace). And I just gotta say...Vader is so powerful, but he's also a bitch. I loved seeing how destructive and impulsive a character he actually is. We didn't get to see a lot of that in the original trilogy, but now that I can see just how much of a whiny and angry kid Anakin was, Darth Vader makes even more sense to me as a villain.

All of us...the Star Wars nerds of this world...live in an incredible time when we can get treated to series like Obi-Wan Kenobi and (for lack of a better explanation) feel like a kid again. It still transports me back to that galaxy far, far away. Five minutes in and I'm in that place again, consuming an incredible blend of science fiction and fantasy. Ewan McGregor does an incredible job playing Obi-Wan. He's had this journey from a clean-shaven padawan to a tormented and broken protector to a Jedi that wields power every bit as powerful as that of Mace Windu and Yoda. The levitating boulders scene gave me chills. Darth Vader and Obi-Wan fighting is an epic clash of two powerful masters of the force that is rare to see in these shows.

And now, with the end of this series, I have questions. What is to become of Reva now? She's a former youngling turned into a killing machine for the empire, she was Grand Inquisitor for a while, Vader failed to see her dead, and now she's on some redemption arc? I'm intrigued by this new character, and I wonder if it will feed into the Ahsoka show that is supposed to be launching next year. Also, the fact that she survived being impaled by Vader's lightsaber and Qui-Gon somehow could not survive Darth Maul's is weird. I chalk it up to something said in the show about "revenge and hate keeping someone alive." Maybe Qui-Gon was just too at piece for him to be able to sustain his own lifeforce once his body had been impaled. The Force works in mysterious ways, but that's just nitpicking.

Another question? Where is Obi-Wan going? It didn't seem like (to me) that he was just moving a little farther away from where Luke was living to build his house. But maybe he was. There was a sense though that he might be off to help the Rebellion just a little bit more before he becomes the old man that leads Luke on his first adventure to the Death Star to save a Princess who just happens to be his sister. There probably isn't going to be a season two of this show, but I'd like it very much if there was. From the looks of things, they've got about six years or so before they catch up to "A New Hope." That leaves plenty of time for some good storytelling.

Anyone else finish watching this series and enjoy it overall?