Pixar's movie called Lightyear makes as much sense as the year 2022 does. 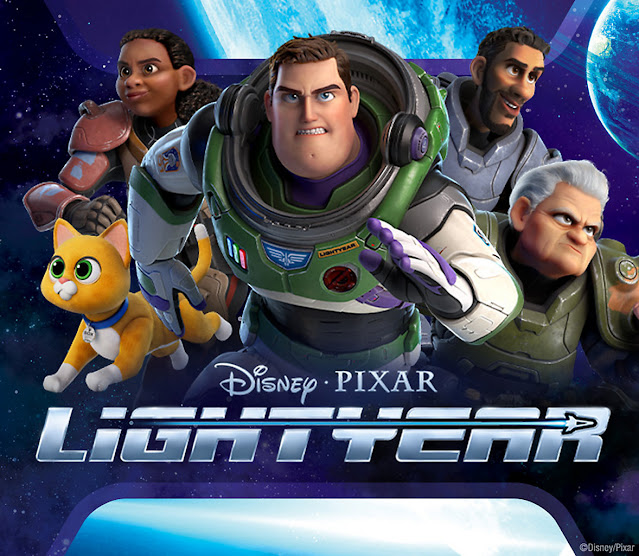 I'm having a slight meltdown over the Pixar film, "Lightyear," which comes out this Friday. Here's why: Disney "officially" clarified that the movie "Lightyear" is the same one that the character of Andy watched as a child in Toy Story that made him want a Buzz Lightyear toy. So this is that story. However, the producers, director, and others involved with the film also clarified that this "in universe" film was live action to the people in the Toy Story metaverse (who appear as animated to us, because its Pixar animation studios). Furthermore, the people who made the "in universe" Lightyear are the same as the ones who made the film that most of us are going to see at some point (I'm seeing it this week). These people are very real, but they are also in the Toy Story universe and they would be real there as well (just like Andy). But if we were to look at them, they would be animated (cartoony).

To be fair, I originally had some confusion, but it wasn't this. I thought that the movie of "Lightyear" was set in Andy's universe. So, I was grappling with the fact that the Toy Story universe has faster than light (FTL) travel. But now I know it's just a piece of media for the Toy Story universe, and it was actually Andy who saw it in a theater. Even though that explanation also explains the Buzz Lightyear TV show that is also "in universe," I think the added bit about "who made the film" muddied the waters really bad for me.

I am psyched to see this movie. But if this in-universe movie has credits that "Buzz Lightyear" is played by Chris Evans, does that mean that in the Toy Story universe Chris Evans looks like how Buzz Lightyear looked? Or does he still look like the Chris Evans I'm used to seeing?

Everything seems so strange now, which somehow is appropriate for 2022.

Email ThisBlogThis!Share to TwitterShare to FacebookShare to Pinterest
Labels: Lightyear, Pixar, Pixar's movie called Lightyear makes as much sense as the year 2022 does