Better Call Saul is ending with a season that proves it is every bit as good as Breaking Bad was. 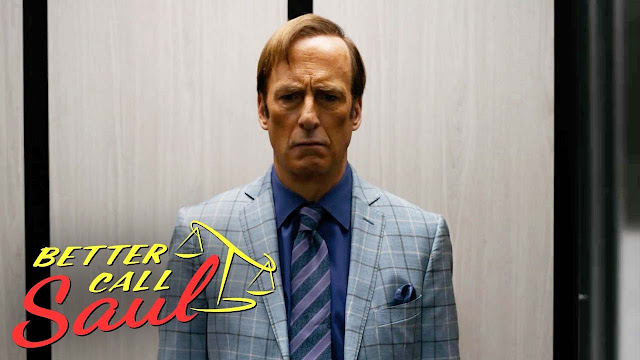 Better Call Saul's final season is currently airing on AMC, and I just gotta say, Vince Gilligan sure knows how to make entertaining stories. If you haven't been watching, you really should take the time. This final season cements (in my opinion) that it is a worthy spinoff of Breaking Bad with much of the entire story certainly as entertaining and visceral as Breaking Bad ever achieved at its height.

From the very beginning, Better Call Saul was a prequel that tried to be something more. I wondered when this thing started many years ago what was left to tell about any of the characters we enjoyed in Breaking Bad? Well, it turns out that there was quite a lot. Better Call Saul showed us the fallout for the lawyer who was Saul Goodman working as a manager at a Cinnabon in some nameless mall. When this banal existence is given any camera time, it is done in black and white. That's because the man who became Saul Goodman lived a full, colorful, and vibrant life that served to establish himself firmly as the lawyer whom criminals could trust.

If you were a fan of Breaking Bad, then you know his fall from grace was tied to Walter White, who ultimately died in Breaking Bad after he became the most evil villain I can actually name in fiction. But Saul Goodman wasn't just a fixer, and that's what I got so wrong about this character. If anything, he was just as much a genius as Walter White, only he used his vast and terrible intellect to carve out a safe place for himself in a society filled with narcissists and manipulators who (for whatever reason), decided that Saul was not good enough for them. So suffering their scorn, he whooped all of them at their own game.

There was a lot I could sympathize with in watching Saul Goodman and his partner, Kim Wexler, go about their various hustles. Kim was a character that was completely missing from Breaking Bad. I fear that this means she's probably toast before the end of the series, which is sad but probably explains why she isn't around to help Jimmy (Saul's real name). And the last season that is airing now is getting very dark. We've seen Nacho commit suicide (he had no other option other than die a slow painful death), we've seen Howard get his head blown away by Lalo, we've seen engineers get their legs hewn off with an axe, and other horrible things. The show does not pull any punches with its completely terrifying view of powerful cartels and what they do to each other in order to secure power. The most thoroughly disgusting scene thus far was (when Nacho was on the run), he came across a tanker in a field that had some petroleum in it, and he held his breath and crawled into it in order to not be found by the killers who were hunting him. I cannot even imagine being under that kind of stress that you had to do that in order to live another day.

I wonder what Vince Gilligan's next project will be. In finishing up Better Call Saul, he's created yet another masterpiece. I would say "for television" in that sentence, but what Vince Gilligan is doing is telling stories in a medium that are just as good if not better than anything that has ever aired on the silver screen. And this praise that I suppose I'm heaping on Better Call Saul reminds me of a letter that Anthony Hopkins sent to Bryan Cranston after he watched Breaking Bad. Here it is, in its entirety:

I wanted to write you this email – so I am contacting you through Jeremy Barber – I take it we are both represented by UTA . Great agency.

I’ve just finished a marathon of watching “BREAKING BAD” – from episode one of the First Season — to the last eight episodes of the Sixth Season. [Ed note: There are in fact five seasons of Breaking Bad; this might have been wishful thinking.] (I downloaded the last season on AMAZON) A total of two weeks (addictive) viewing.

Your performance as Walter White was the best acting I have seen – ever.

I know there is so much smoke blowing and sickening bullshit in this business, and I’ve sort of lost belief in anything really.

But this work of yours is spectacular — absolutely stunning. What is extraordinary, is the sheer power of everyone in the entire production. What was it? Five or six years in the making? How the producers (yourself being one of them), the writers, directors, cinematographers…. every department — casting etc. managed to keep the discipline and control from beginning to the end is (that over used word) awesome.

From what started as a black comedy, descended into a labyrinth of blood, destruction and hell. It was like a great Jacobean, Shakespearian or Greek Tragedy.

If you ever get a chance to – would you pass on my admiration to everyone — Anna Gunn, Dean Norris, Aaron Paul, Betsy Brandt, R.J. Mitte, Bob Odenkirk, Jonathan Banks, Steven Michael Quezada — everyone —everyone gave master classes of performance … The list is endless.

Thank you. That kind of work/artistry is rare, and when, once in a while, it occurs, as in this epic work, it restores confidence.

You and all the cast are the best actors I’ve ever seen.

That may sound like a good lung full of smoke blowing. But it is not. It’s almost midnight out here in Malibu, and I felt compelled to write this email.

Congratulations and my deepest respect. You are truly a great, great actor.

That right there spells it all out. If you haven't been watching these shows, do yourself a favor and go do so. You won't regret it.

Posted by Michael Offutt, Phantom Reader at 7:18 AM

Email ThisBlogThis!Share to TwitterShare to FacebookShare to Pinterest
Labels: Better Call Saul, Better Call Saul is ending with a season that proves it is every bit as good as Breaking Bad was