Game of Thrones will finish its historic run with three episodes of lazy writing by killing off the pregnant queen and the pirate and then end with a wedding between Jon Snow and Daenerys Targaryen.

The long anticipated battle of Winterfell took place in the unusually lengthy episode entitled "The Long Night," which aired Sunday. I guess an estimated 18 million people watched it live and this probably followed by hundreds of millions of people who will eventually see it through some incarnation or another. Game of Thrones is a modern phenomenon peeps, kinda like the Avengers, but in a similar vein I was left just a smidge disappointed in the third episode of season 8.

First off, it was a really dark and stormy night. Cliché aside, the writers could have staged this battle during anytime of the day. The writers set the pace for when the army of the dead actually shows up. They chose nightfall to make it more epic (and probably to save some on the special effects budget...let's just get real for a moment). Dany spent most of her time lost in winter storm clouds with Jon, they clumsily collided with each other when the odds of that happening seems pretty low to me, and they could see just about as much as I could see (which was, again, not much). Below is a screenshot of how dark the episode was about 50% of the time: 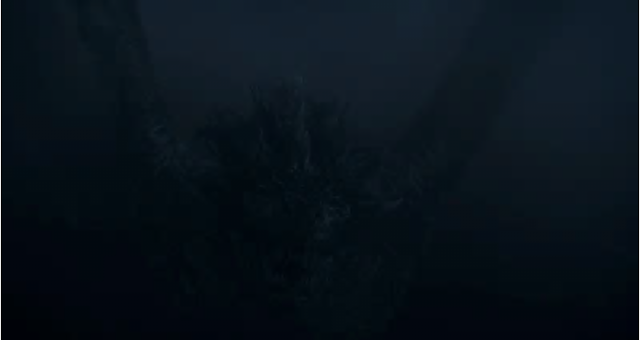 You are actually (as a viewing audience) supposed to be able to see this. I'm not kidding. The cinematographer of this episode came out defending his choices by saying, "You don't have your TV tuned right, and you are not watching it in optimal conditions." Okay, fair enough. But you could have told all of us via email to make sure our TV's had the right setting, whatever that may be. There could have been some kind of public service message posted on Facebook. Something. I think (personally) that HBO dropped the ball big time with this.

Second, I guess winter lasted some 82 minutes or something like that. We've been told that the Night King and the White Walkers were the big bad that threatened all of human civilization for seven and a half seasons. This is the epitome of over-hyping something. Don't get me wrong...I saw the dire dire circumstances of Winterfell, and I honestly thought, "How are they going to get out of this?" But I  never saw coming that it would just be all over in an instant because Arya stabbed the Night King out of nowhere with her Valyrian steel dagger. I didn't think it would end like that. I thought he would make it south and strike real fear in Cersei and her armies. But nope. He dead. Time to turn the page on this one.

I remember once that author Pat Dilloway gave me some feedback on an as yet unpublished novel that I killed off my big bad too easily...that it was over too fast. I'll get around to publishing that book someday and probably re-writing that scene to make it not be as fast. Pat was not wrong. However, if Game of Thrones does this, why can't I? I mean...it's like that Raiders of the Lost Ark scene where Indiana Jones is in the Egyptian market of Cairo and the crowd splits to reveal a huge man swinging a sword and doing all of these badass moves that you know is going to be an epic fight. Indiana Jones just shrugs, pulls his gun out, and shoots the guy. That fight is over; bad man is dead. Maybe all of us out here who want our bad guys to last longer are out of touch. Maybe people like the big bad to die just like that. It left me feeling unsatisfied, but I know a lot of people who thought it was great. Fair enough.

Third, the Dothraki are all dead in like five seconds. I don't understand this. We spent seven and a half years with these people, learning of their culture, seeing how fierce they were, and now they are all dead. I'm not quite sure I will ever understand the decision of doing this to such a huge part of the storyline. It feels very much like a colossal waste of time on my part, being invested in that whole storyline so that they could just all get swamped by a wave of undead during a charge in which none of their tactics mattered one bit.

All these years of theory crafting have been fun. I was right when I decided that Jon Snow was a Targaryen years before it was revealed and boy was that satisfying to see. I was right when I predicted that Valyrian steel could kill White Walkers and then we saw it happen in the episode called Hardhome. But with the Long Night, I think that this show is telling us that it is done hiding secrets from us. The Night King was exactly where Bran said he was going to be. He came for Bran in the Godswood on foot rather than rain blue fire down on that entire grove from a safe distance and just be rid of the cripple in the chair. So here's what's going to happen in the last three episodes.

Jon and Dany in love get married after they take the throne. He gives up his claim to her and she becomes Queen. Cersei is killed. The Mountain is killed by his brother the Hound. Tyrion and Jaime are killed by Bronn, because he accepted a bunch of gold to do the deed. Everyone hates Bronn for doing that, so he gets killed because people liked Tyrion and Jaime. It's lazy writing, and I think that's what we can expect from now on is lazy writing. It's like in those football games when there are just a few seconds left on the clock and the losing team just wants it all to end and just kinda pushes softly against the other team to allow the clock to run down.

And that's it. Night King dead. Pregnant woman and pirate holding the kingdom hostage are killed. House Lannister dies off, and Targaryens once again sit on the Iron Throne. It all seems easy and straight forward with no deviations or surprises. And I think that's how HBO wants to end all this. I'll still watch it, but I am disappointed considering the prior seasons were just packed full of theories that paid of in spades.

But, even with all this disappointment, it still is a great series, and it will be some time before it is ever upped by anything on television.
Posted by Michael Offutt, Phantom Reader at 12:09 AM

Email ThisBlogThis!Share to TwitterShare to FacebookShare to Pinterest
Labels: Game of Thrones, Game of Thrones will finish its historic run with three episodes of lazy writing by killing off the pregnant queen and the pirate and then end with a wedding, Lazy Writing