If I had known Game of Thrones was going to finish with such a depressing ending I wouldn't have watched the series. 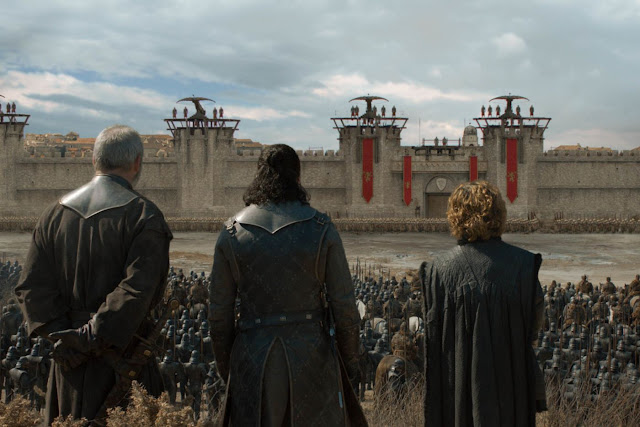 All my predictions have run out, and many of them proved to be not true. To say I'm disappointed in Game of Thrones's last season is an understatement. I feel like I don't even know these characters, that they have turned one-hundred eighty degrees from how I knew them to be for seven and a half seasons. I guess Daenerys is the only one strong enough to take the throne, and she is proving to be undeserving of that honor. Jon Snow is worthy of the throne, but he's not strong enough to take it, and he's completely uninterested in it. The Starks just want to be left alone. The North wants to be left alone. This whole thing just feels like a colossal waste of time.

I'm disappointed in all of the character arcs and the various plot armors that found their way onto certain characters just so that we could have ridiculous showdowns like "The Clegane Bowl."

Brienne deserved better. Jaime Lannister really went back to Cersei after all that? Blah.

George R.R. Martin spun some very interesting characters out of the ether. But if his one lesson told through the lens of a fantasy world is to say that it takes tyrants to unite kingdoms and that there are no happy endings and no true heroes, I guess I'm wondering what the point of it all is? Isn't fantasy a place where you are supposed to indulge things that don't exist in the real world? Since when did fantasy become a place to tell (and air) such depressing stories.

Ugh. The Iron Throne indeed.
Posted by Michael Offutt, Phantom Reader at 7:13 AM

Email ThisBlogThis!Share to TwitterShare to FacebookShare to Pinterest
Labels: Game of Thrones, If I had known Game of Thrones was going to finish with such a depressing ending I wouldn't have watched the series