Was Darth Vader supposed to wield god-like power or did power creep just make him that way? 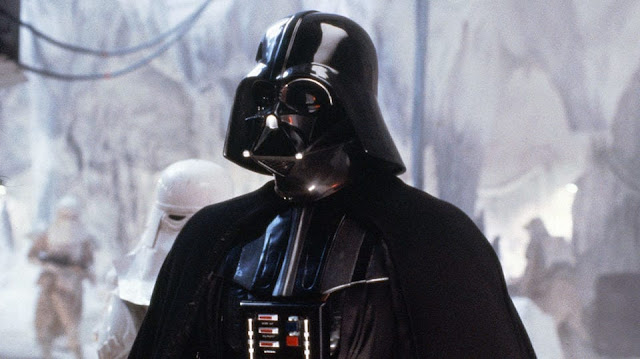 You will need to watch the below embedded short (it's about a minute long) first before you understand what I'm talking about in this post. It's quite entertaining, and kind of re-imagines a portion of the Battle of Hoth sequence in animated form.

From a Generation X-er and a Baby Boomer standpoint, nostalgia can be a trippy drug, especially when it comes to Star Wars and bad guys like Darth Vader and the Emperor. For example, take Darth Vader. The tone of the original trilogy (if you try and control your nostalgic feelings of "this is totally how I see him through the lens of history") is that he was perfectly content to let the stormtroopers do the dirty work for him. This mildly suggests that if Vader were capable of spectacular displays of the Force (like blasting open a hangar door in the below short clip), Luke would never have escaped the Death Star the first time just because a measly door closed while Vader leisurely strolled over too late to get through safely.

Needless to say, if he could blow open giant metal doors, he ought to be able to just blow up smaller nearby ships with the Force too. But we never saw this happen. However, if we see Vader again in future movies, we just might see this happen because of Force and "power" creep.

To explain further, I bring all of this up because in the newest movies, the Force is portrayed as much more powerful. And it's getting more and more grandiose all of the time. What Daisy Ridley's character did in The Last Jedi by casually levitating tons of rocks might not have been a thing that even Yoda could have done in earlier movies because not enough time had passed for people to really simmer on these ideas they have regarding the power levels of characters. Simply put: as the decades roll on and on, the Force gets more and more powerful. A Yoda featured in another Star Wars movie filmed say, in 2020 or beyond, would easily be able to do what Daisy Ridley's character did in The Last Jedi, and maybe even more cool stuff.

This phenomenon of power creep is not new to fiction. It's happened to Superman too. The Superman of the 1930's could leap tall buildings. The Superman of today has all the powers of a god and is nigh unstoppable unless you have one of his very specific weaknesses: kryptonite and/or magic. It's all "power creep," and I see it happening in the Star Wars movies with each new release, animated short, and progression of stories through CGI-based animated series like The Clone Wars and Star Wars Rebels.

But don't get me wrong, it's all fun. It's just something I've noticed, and I attribute a lot of the power creep to feelings of nostalgia and fondness over characters and what they could possibly do to fit any given situation.
Posted by Michael Offutt, Phantom Reader at 12:22 AM

Email ThisBlogThis!Share to TwitterShare to FacebookShare to Pinterest
Labels: Darth Vader, Star Wars, Was Darth Vader supposed to wield god-like power or did power creep just make him that way