Avengers Endgame was a great movie that I don't really like all that much. 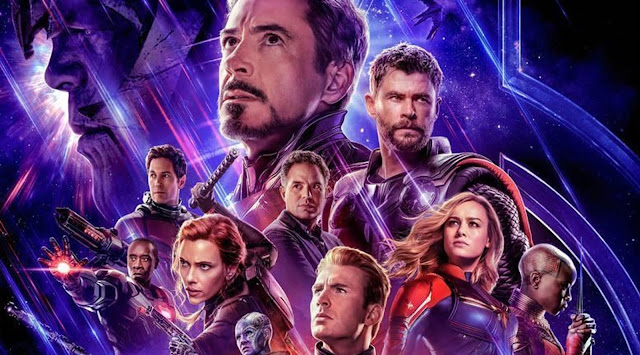 There are some spoilers in this post. You have been warned.

So, like millions of other people in the world, I went and saw Avengers: Endgame. I was super excited to see how Marvel would capstone their remarkable achievement of 22 films that all built up to the moment in which they take down the big bad. Going into it, I also knew that several "real world" contracts were up, namely Chris Evans and Robert Downey Jr. among others of the "original" Avengers that have appeared in separate films for many years now. So you can say that I expected there to be a fond farewell to these characters. What I wasn't expecting was for it to be so realistic in showing the horrible consequences of what we now call, post-traumatic stress disorder or PTSD. Honestly, it felt a lot like the aftermath of a very violent rape, wherein we spend three hours dealing with the emotional trauma and whatever amounts to healing in a comic book world.

I watch the Avengers to be entertained. But the Avengers were emotionally broken, and for me, it wasn't entertainment. It felt like suffering...beautiful...agonizing...suffering. Black Widow...Natasha Romanoff was so incredibly and emotionally destroyed that she committed suicide so that her life would mean something. And she had to fight for that right...she fought for that "relief" with her best friend in the whole world, Hawkeye, who also had nothing to really live for as his whole family was taken in the snapture. That scene on the cliffs of Vormir to see who would die to retrieve the soulstone was gut-wrenching for me, watching these two fight each other for the right to end it all so that the other person could go on and have a chance at a happy life.

If that wasn't enough, Thor was completely destroyed too. He was so emotionally broken that he didn't even leave his house for five years unless it was to get more drugs to drown his sorrows in. This all came as a surprise to the friends that went to get him, because, guess what? None of them checked up on him in FIVE years. No one. This whole movie was spent trying to pull Thor (and others) back from the brink, and only at the end is something...some semblance of the hero we've gotten in other movies...finally there to put in an appearance when the last battle with Thanos had become inevitable. Captain America was probably the most untouched for some reason, attending therapy and encouraging others in their path to overcome the losses of their loved ones. But Tony Stark? He was pretty much ruined emotionally...broken...unable to see any way forward and probably suffering from a lot of survivor guilt for a long time. But because his partner survived and they had a kid and he was essentially happy while everyone else wasn't, he decided he could live with that until information arrived via Ant-Man that proved he didn't have to any more.

I recognize that maybe all the PTSD on the screen affected me so much, because I deal with it in my every day job helping clients with disabilities (many of whom have PTSD from sexual abuse and other such things). However, I guess in my naivete I expected this film to be an ass-kicking machine in which the Avengers wasted no time in setting things right again. And maybe my kind of film would have so completely failed at the box office, because it isn't realistic.

But you know what? F*ck realism. Why the hell are these comic book films trying to be so realistic when the powers that they wield are anything but realistic? Why is there such a push to go dark in these tales? Why am I (a self-professed nerd) so out of touch with what nerds really want these days? Watching an emotionally broken superhero try to find meaning in a world where all of her meaning is lost only to have her suicide out is not what I call entertainment. I am not entertained. This isn't fun anymore, or if other people are calling it fun...then I don't know what fun is. I paid to have a great time, not to watch 13 Reasons Why (a Netflix film wherein a girl commits very realistic suicide). I don't want to see that.

Look, I get it. Avengers: Endgame is an epic story that is a perfect capstone to 22 films that built up to taking on the ultimate villain. It's perfect because it ties everything up in a neat little bow. Iron Man gets a glorious death, and so does Black Widow. But am I the only person sitting in my chair asking why that was even necessary? Did the writers need to go there? I felt depressed when I left the theater, because Iron Man and Black Widow did not get a happy ending. Captain America did. Why couldn't they have found a way to do something like that for these characters? Probably because it wasn't "realistic" and fighting a villain of the likes of Thanos has got to have "consequences," because...you know...that's what passes for a good story these days. Thank you so much George R.R. Martin (that's sarcasm folks).

This whole experience has made me question whether I'm really cut out to be wishing for epic showdowns on the silver screen. I'm a huge fan of comic books, and I've wanted to see the likes of Galactus, Dormammu, the Beyonder, Darkseid, and Dark Phoenix for a long time. But if it means I have to watch favorite characters become emotionally broken, commit suicide, and suffer through self-wallowing PTSD for three hours...maybe this isn't what I signed up for? Maybe I should be more thankful for the smaller villains like the Vulture taking on Spider-Man in his debut movie, Spider-Man: Homecoming. I thought that was a great and funny movie. It's one I'd go to with friends after a day of fun. I would never ever watch Avengers: Endgame as something "fun to do" any more than I'd watch Schindler's List as a great way to unwind at the end of a really fun day.

So yeah...Avengers: Endgame was a great movie that I don't really like all that much. What say you? Is it such a great movie that you can't wait to watch it with your kids right after a birthday party with balloons and cake? Who doesn't find funerals fun?

Me, I guess...just me.
Posted by Michael Offutt, Phantom Reader at 6:51 AM

Email ThisBlogThis!Share to TwitterShare to FacebookShare to Pinterest
Labels: Avengers Endgame, Avengers Endgame was a great movie that I don't really like all that much, PTSD, PTSD in Avengers