I just want to put a shout out to April 2019 which is spectacular in so many nerdy ways. 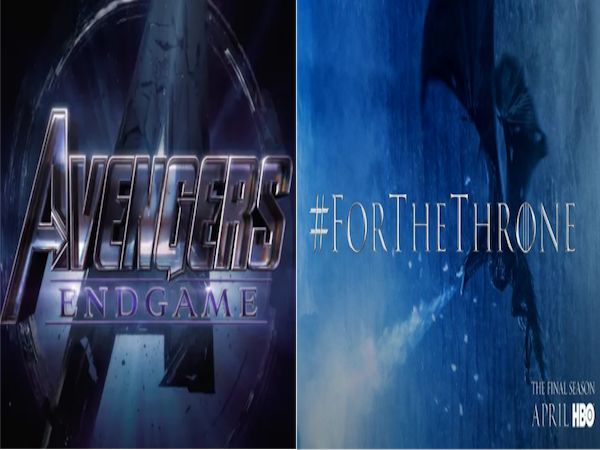 For some reason, the moons aligned, and (if you are a nerd) the month of April is just absolutely chock full of fun stuff to do either on television or on the big screen. First we got Dumbo, which I thought was a fine film (I haven't seen the cartoon). But how could you not like a movie with a flying baby elephant? Those who do probably have a heart that's two sizes too small. And it has the song, "Baby of Mine," which is a darling number that pulls out all the feels in the trailer.

Second, we got Shazam, which I saw this last Friday night and really loved. It's been a long time coming, as this particular superhero has been around almost as long as Superman (and is definitely inspired by Superman). A lot of people don't realize it, but Shazam was more popular than Superman for a short period of time about seventy years ago. Most people think it was because a teenaged boy was the protagonist with the powers, and a lot of boys who read comic books really liked this. I suppose it's a great lesson on how writing for your audience can net you some real cash.

Next up on the docket is the final season of Game of Thrones. I've been waiting for so long to find out who gets to sit on the Iron Throne and how the White Walkers are defeated, that even when I had my very serious car accident a few weeks ago (I rolled my car spectacularly), when the smoke from the airbags was filling the cabin, and I was staring at the cracked windshield I thought, "You can't take me yet...I have to see the last season of Game of Thrones!" And it looks like I was spared, so yeah...LAST SEASON OF GAME OF THRONES starts on Sunday. And if anyone is wondering, only my car was totalled. I walked away from the accident and no one else was hurts, so I guess I got really lucky. I did buy a lottery ticket when I visited dad in Idaho (we don't have lottery in Utah), but my luck (unfortunately) did not extend to winning any part of a $750 million purse of money. Ah well.

Additionally, Star Trek: Discovery (whose second season has really been amazing) is doing its season finale this month. It has been building up to some fantastic great reveal regarding time crystals, the red angel, and some seriously high stakes regarding saving the universe that has mesmerized me since the premiere. So yeah...there's that.

This Friday, the remake/reboot of Hellboy comes out. I'm super excited by it. I love comic book movies, but I've always had a special place in my heart for the Hellboy universe. It seems to intersect with "Eldritch" things that I've always associated with Cthulhu and the mythos created by H.P. Lovecraft. Knowing this, I think there will be some really interesting monsters and/or special effects that are definitely Lovecraft-inspired.

And then there's Avengers: Endgame that is happening toward the end of the month. I've already got my ticket and knowing that it's going to be three hours long, I purchased one that will allow me to leave my seat about halfway through (without disrupting people) so I can go and use the bathroom :). I just can't sit through three hours anymore without a bathroom break. However, I'm not worried I'll miss too much because I know I'm going to watch it again with friends (probably many times), and I'll just take bathroom breaks at different parts so that (all in all) I get to see the whole thing. I do want to point out though that Disney really should have inserted an intermission. It was already a money-grab, lets at least be kind to the audience? Maybe someone somewhere will make this a thing going forward for other kinds of movies that run for three hours.

Y'all, this year spring decided to show up and bring all the fun to the party.
Posted by Michael Offutt, Phantom Reader at 7:00 AM

Email ThisBlogThis!Share to TwitterShare to FacebookShare to Pinterest
Labels: Blogging, I just want to put a shout out to April 2019 which is spectacular in so many nerdy ways, I love speculative fiction