Better Call Saul is a worthy spinoff of Breaking Bad 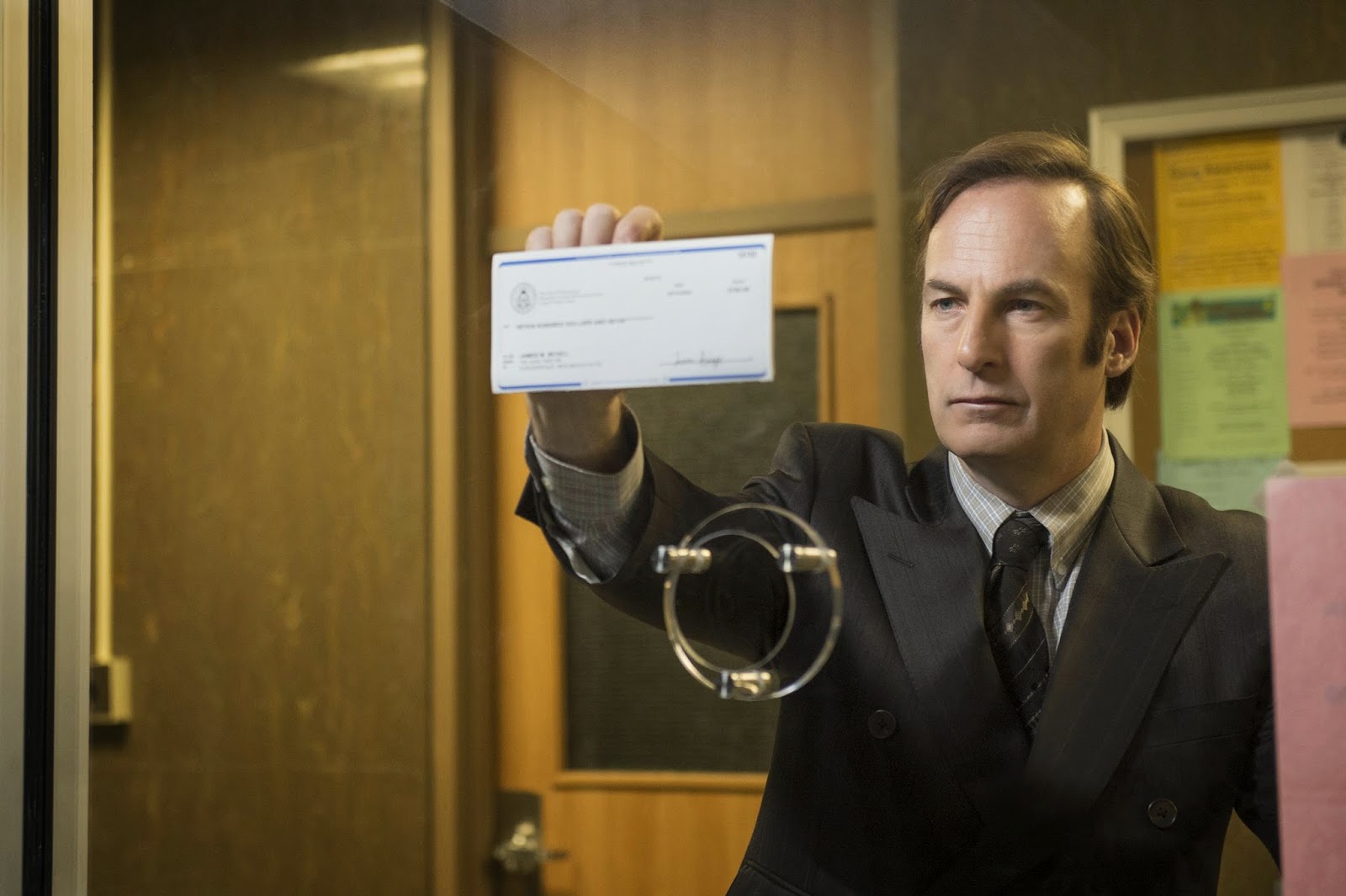 Better Call Saul is two episodes in, and I'm already hooked. The first episode (called Uno) pretty much started us out by showing us the ashes of the man we knew as Saul Goodman, and that he indeed ended up in Omaha working as a manager of a Cinnabon. More importantly though, the black and white montage lent itself to the quiet contemplation of history to a time when a young aspiring lawyer looked forward to making his mark on the world. The history of Saul is complex. We've only up to this point seen him as Walter White's attorney. So I guess the story this time around is going to answer the question as only Vince Gilligan can: how did Jimmy McGill come to represent slimeballs so well?

Lawyer dramas are very popular on television. So I'm a little surprised at myself when I think that I hesitated to watch this show. Admittedly, perhaps I thought I was going to be disappointed. That there's no way it could ever live up to the storytelling heights of Breaking Bad. Sure, from the two episodes I watched one could say that it's probably too early to be saying, "This thing is a masterpiece." But the dialogue is so well written and the characters so colorful and oftentimes terrifying that I can't find the strength to turn away.

For those of you familiar with Breaking Bad, Saul is a prequel. Mike works as a parking lot attendant for the courthouse, Saul isn't even "Saul" but Jimmy McGill, and Tuco the psychopath isn't quite a psychopath yet. But he's working on it. If you don't recall Tuco from season one of Breaking Bad, he was the drug kingpin of Albuquerque that snorted crystal meth off of the blade of his knife, he beat his own bodyguard to death and then said "Tight! Tight! Tight!," and has cousins that are better known for not speaking and just murdering people with axes. It's obvious that some of the story is going to focus on these characters that we know so well building/constructing their empires. What's more interesting to me though is the answer to the question I posed at the end of the first paragraph above.

Jimmy McGill came to represent slimeballs because he did something stupid. He cooked up a scam to get money from some crooks and used two idiots, only it didn't work. And in failing, he attracted the attention of Tuco and Tuco's crew who pull him into a world of some very dangerous folks out to make a ton of money. It sounds awfully simple, yet oftentimes its the deceptively simple things that are the most captivating.
Posted by Michael Offutt, Phantom Reader at 8:50 AM