It's been kind of a Woven blitz on my blog lately, but I wanted to put up one more post and tell you about the Woven release party I went to on Friday evening. First off, David Powers King and his wife Joanna joined me and my friends Jake and Meg at the Paris Bistro (a French-style restaurant across the street from The King's English here in Salt Lake City). 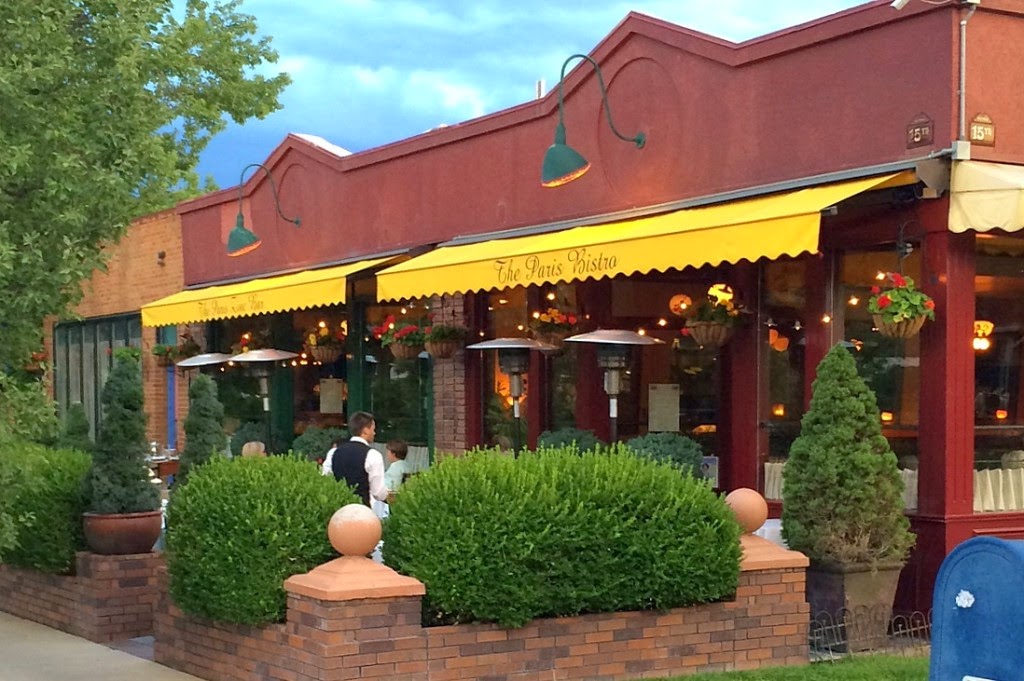 Above is a picture of The Paris Bistro in the summertime. It's one of my favorite places to go (especially when the weather is warm) because you can sit outside, and they hire local musicians to come by and play accordion music which just kind of heightens the atmosphere of the place. David ordered a filet mignon (it was his first!) on my recommendation, and I'm glad he liked it. Then we talked lots of book stuff. At this point in my life, Mr. King is the most famous person I know, and he happens to be rather well connected with friends like James Dashner (who wrote The Maze Runner) on essentially "speed dial." I told him if he's ever hanging out with George R.R. Martin, to snap a selfie in the car and send that to me with a message: "Just me and George cruisin' around town."

Anyway, the book launch party started promptly at 7:00 p.m. and it was in the nice art gallery next to The King's English and boy did it ever fill up. Some of my pictures show empty seats, but as the speaking got underway, those quickly filled up. Here is a view of the gallery peeps: 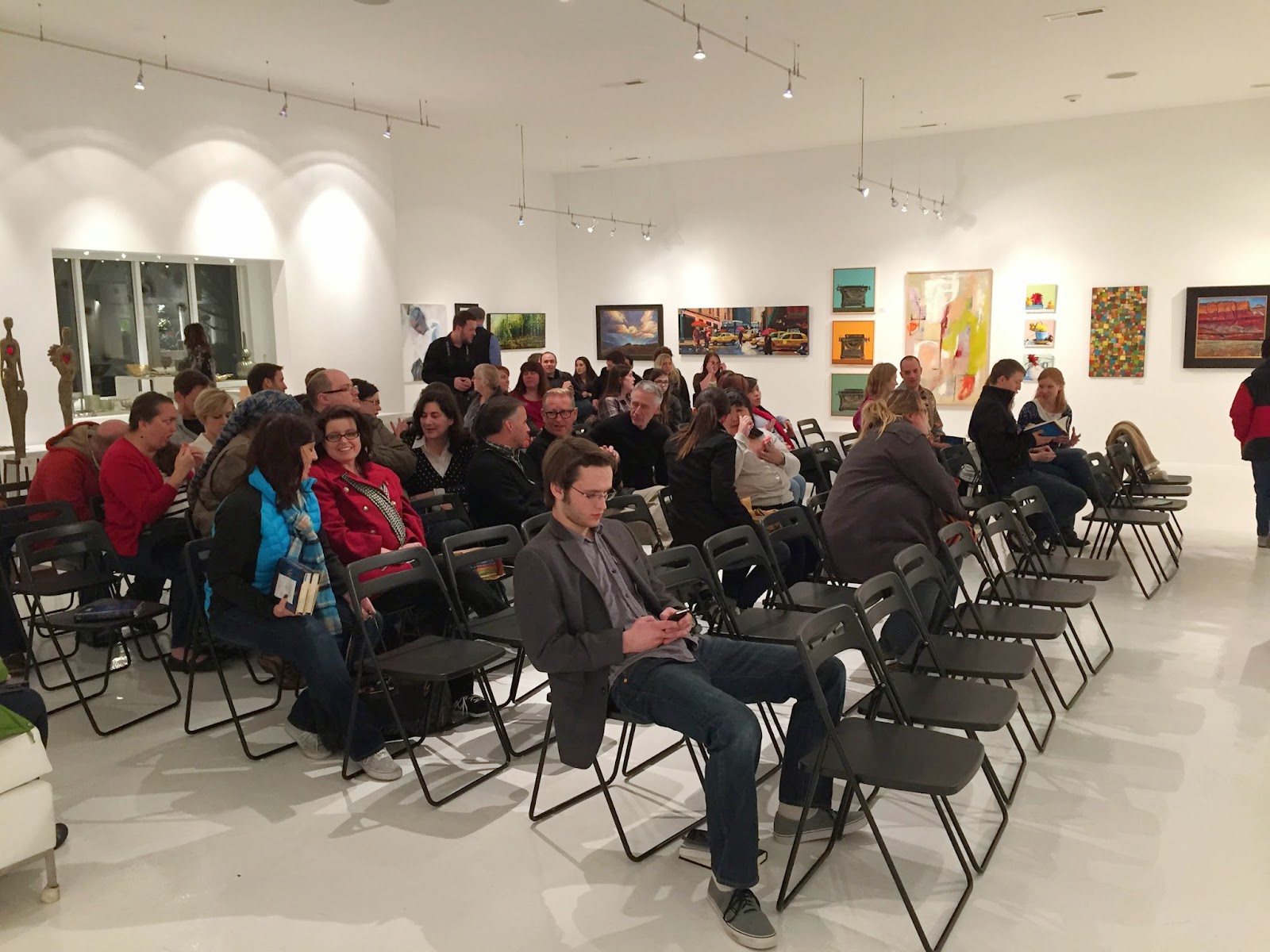 There were also seats on one side and on the other, so this view is just of the main seating down the middle. You can see the paintings on display for the gallery in the background. Also, I bought two hardcover copies of Woven. One was for my friend Meg as a gift so that she could read it. The other is as pictured below. I did get it signed afterwards by both of the authors, and I want to say that the hardcover is much prettier than the Advanced Reader Copy. For one, it is just higher quality and for two, all the naturally occurring breaks are set off with a beautiful inscribed needle instead of bullets and the chapter heads all have swirling thread decorating the paper. 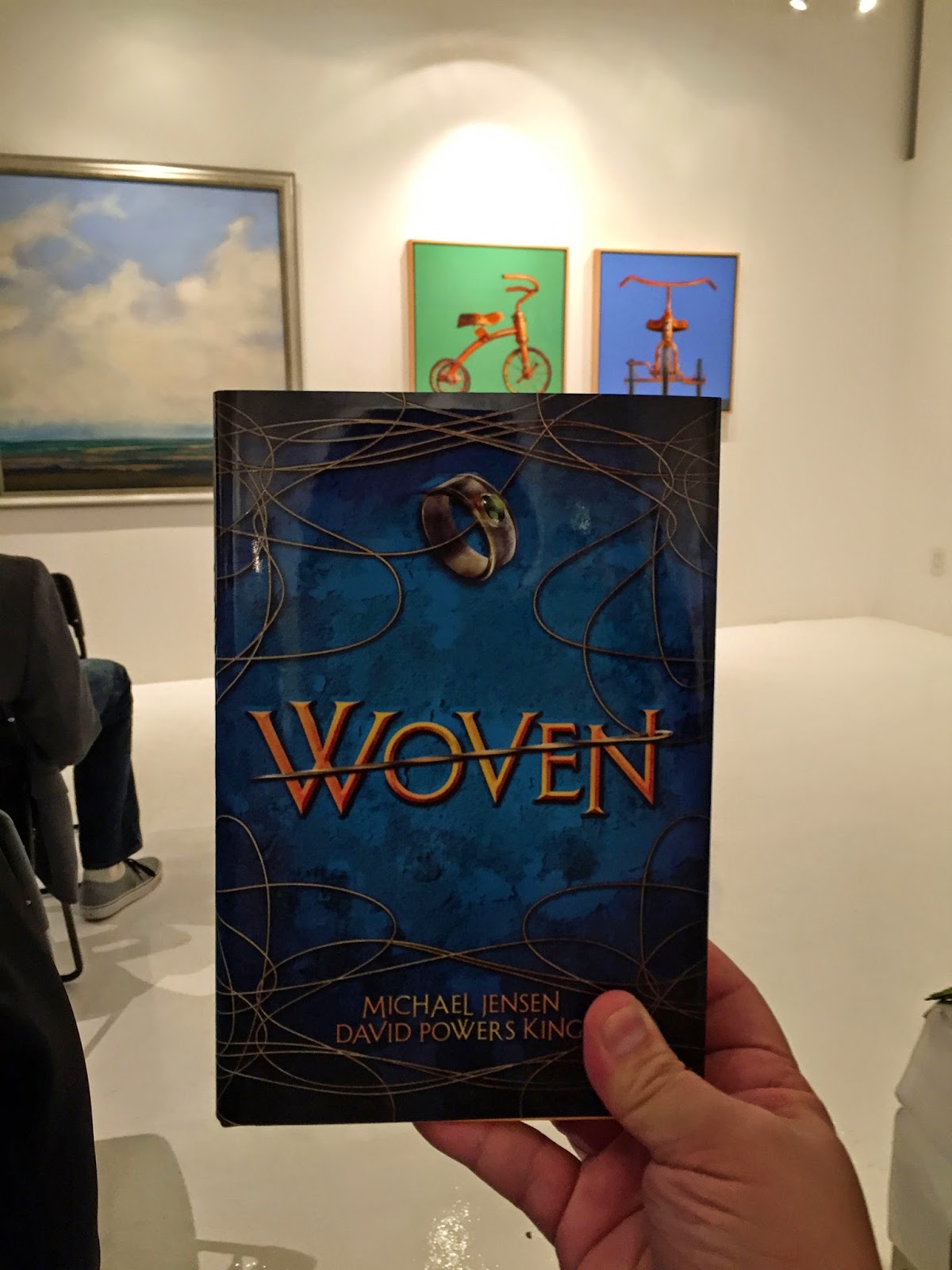 Finally, below is my picture of Michael Jensen and David Powers King. They both shared the microphone really well. Michael (who is on the right) burst into tears when he was telling his story of how difficult it was to get published. David is cool as a cucumber. Like seriously, the man probably barely lets his pulse get above 80. And David was the one who read us a few pages from the book. At the end, there were some prizes that got handed out. None of us won any, but there were some good books to be had for sure. 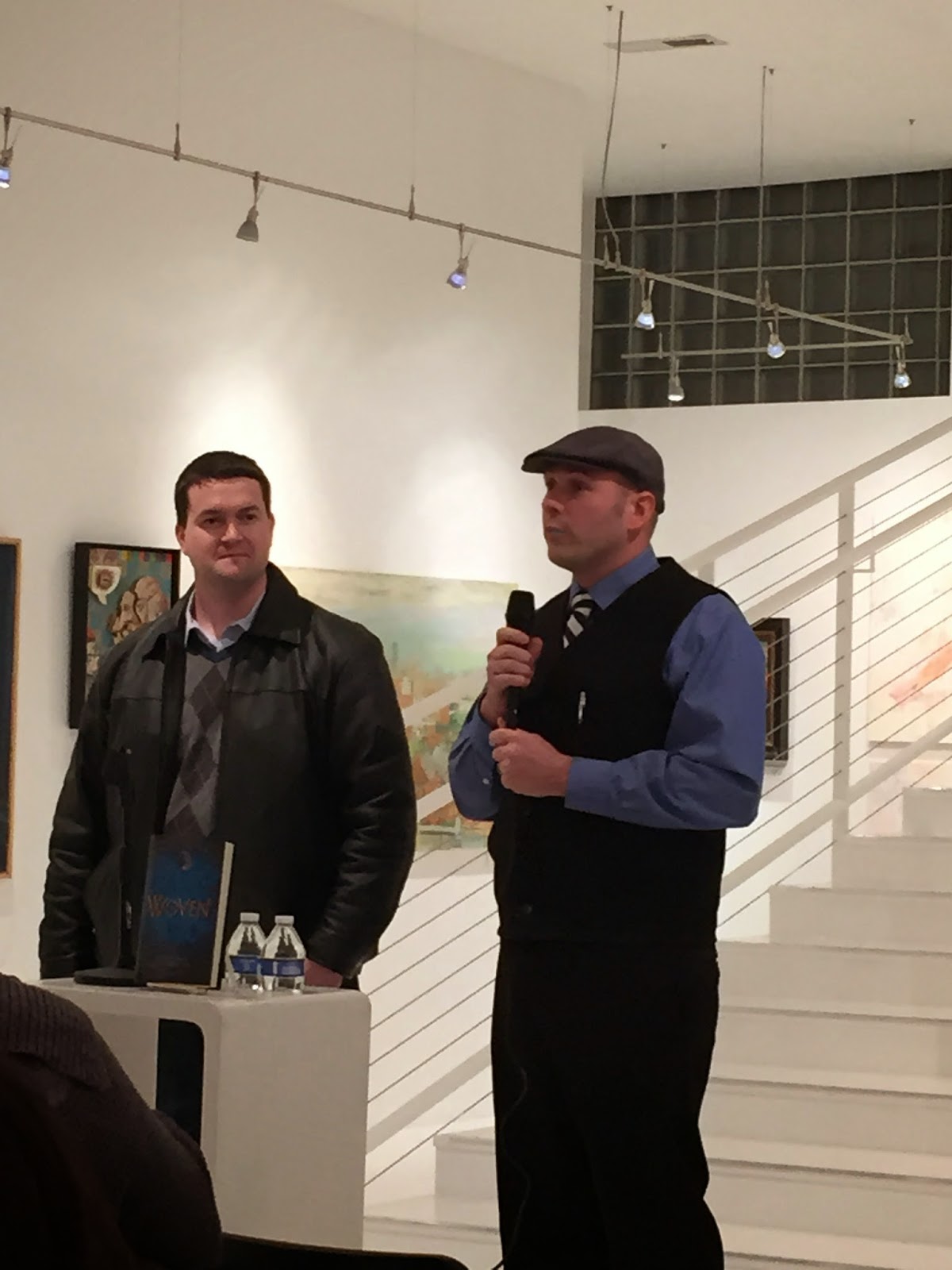 And I guess that's all I have to show. It was a lovely evening and there was a huge line at The King's English that wrapped all around their store and even went outside. I'm sure they sold out of all 90 of the books they had. Good thing David brought extras in his trunk. I bet they needed them. All in all, the Woven release party was so much fun I want to do it again. I guess it's a good thing there are sequels planned!
Posted by Michael Offutt, Phantom Reader at 12:06 AM

Email ThisBlogThis!Share to TwitterShare to FacebookShare to Pinterest
Labels: David Powers King, Michael Jensen, The Woven release party was so fun I want to do it again, Woven