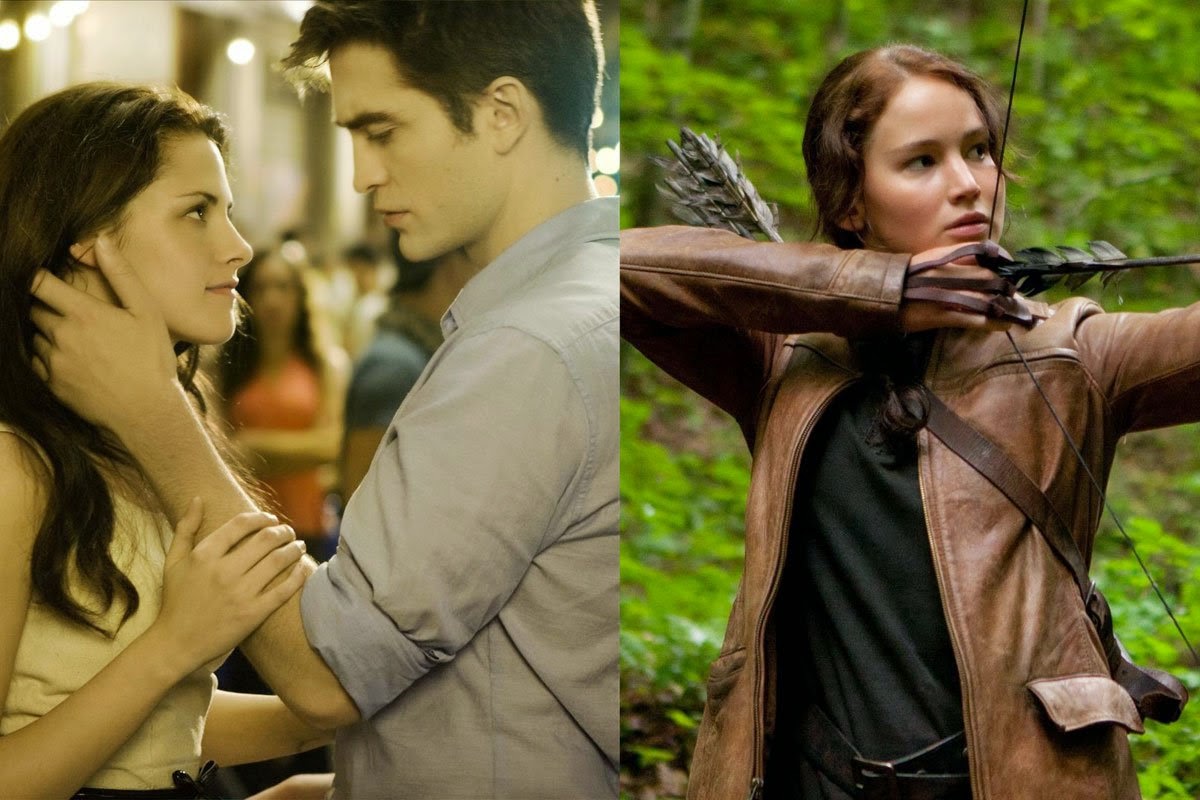 Super blogger Meredith Woerner wrote last week on io9 that Lionsgate Wants More Hunger Games Movies. My response after thinking about it is tongue-in-cheek, but seriously listen to this pitch. It's magnificent.

They should make a series that's a cross between Twilight AND the Hunger Games. They'd hire people even prettier than all the actors/actresses on the CW, parade them around shirtless or in sweaters so tight that their boobs are bursting out the tops of their turtlenecks, and set it in a dystopian world where vamps and humans are forced to fight to the death in games orchestrated by a totalitarian government!

The female vamps all fight and run through the woods in makeup and high heels, and the wolf packs are all smokin' hot with mad archery skills. Only the government is evil...thoroughly evil. The vamps just want to look good and are committed to a vegan-esque lifestyle and wear hippy clothes and there'd be all this sexual tension with really no place to go because everyone is crying about everyone else suffering at the hands of the government. And all the people, everywhere, have glitter on their skin so that they sparkle at all times.

So what do you guys think?

#ridiculousideasthatjustmightwork
Posted by Michael Offutt, Phantom Reader at 12:15 AM

Email ThisBlogThis!Share to TwitterShare to FacebookShare to Pinterest
Labels: This is what Lionsgate should do if they want more Hunger Games movies