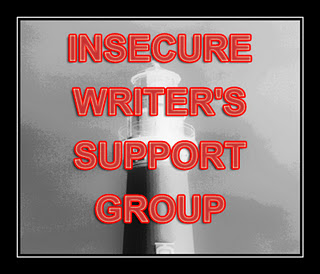 Today is the monthly blog fest run by Alex J. Cavanaugh called "The Insecure Writer's Support Group." You can sign up for it HERE.

My insecurity as of late deals with environmental depression plagued by feelings of fear. I think as humans, fear can become unmanageable. And it's also contagious, spreading from one person to another rather quickly. As a writer, there's lots to fear. We can fear reviews, we can fear crowds, we can fear rejection, we can fear  the industry itself.

For me, I need to choose option two much more often. It's the only way I can grow both professionally and privately. So yeah...I'm kind of making a resolution to shore up my insecurities and do some things I've never done in the hopes that they won't turn out all that bad. How about you? How do you deal with fear?
Posted by Michael Offutt, Phantom Reader at 12:24 AM